Jeremy Corbyn, candidate for the leadership of the Labour Party, pauses at an event outlining his plans for a publicly owned railway network in London on Aug. 18, 2015.
Chris Ratcliffe—Bloomberg/Getty Images
By Tara John

Before announcing his candidacy for the Labour Party leadership, Jeremy Corbyn was a little-known member of parliament (MP) who had represented the same London constituency, Islington North, for 32 years. His career had always been more focused on left-wing activism than government — he is a member of the Palestine Solidarity Campaign, the Campaign for Nuclear Disarmament and the Stop the War Coalition — but this has not prevented him becoming the odds on favorite to become the next leader of the 115-year-old party, which has been without one since Ed Milliband resigned following a disastrous election campaign which saw the party all but eradicated in Scotland and far behind the Conservatives elsewhere.

The Labour Party governed Britain under Prime Ministers Tony Blair and Gordon Brown from 1997 to 2010 after they rebranded the party as ‘New Labour’, adopted more centrist policies and persuaded many formerly Conservative voters to back them. Corbyn was often opposed to his own government in power and he hopes to shift Labour from being a centre-left party to one that is decisively left wing.

Britain’s Labour Party evolved from 19th century trade union and socialist movements, though unlike similar parties in Europe, it developed separately from the Communist Party and has always focused on working with the capitalist system rather than overthrowing it. Labour first formed a parliamentary majority in 1924 under Prime Minister Ramsey MacDonald and since then it has roughly alternated with the Conservatives — today led by Prime Minister David Cameron — in holding power.

The Labour Party leader is elected by the membership from a shortlist selected by MPs. Many in Labour fear that if the membership elect Corbyn on Sept. 12, it will mean the end of the party as a viable candidate for government, instead devolving into a left-wing pressure group. “The party is walking eyes shut, arms outstretched, over the cliff’s edge to the jagged rocks below,” warned Tony Blair in the Guardian. “If Jeremy Corbyn becomes leader it won’t be a defeat like 1983 or 2015 at the next election. It will mean rout, possibly annihilation.”

Corbyn’s platform seems like a return to the postwar Britain of the 1950s, 60s and 70s, when the foundation of the welfare state was laid. Corbyn has called for the renationalization of rail and energy companies and funding increased government spending with higher taxes on the wealthy. He would also withdraw the U.K. from NATO and abandon its independent nuclear deterrent, which would be catastrophic for its relations with the U.S. and other nations and reduce the U.K’s role in international affairs.

Speaking at the Union Chapel in London to hundreds of supporters last month, Corbyn blamed the post-2008 policies of economic austerity on bankers and economists who were forcing the poorest and most vulnerable in the world to pay for the mistakes of the banking system. “We are saying something very very different in this campaign. And we are saying the problem was that Labour lost the election not because we were too left-wing or spent too much, because we were not offering a clear economic alternative. We want a new society where we all care for each other and everyone cares for everyone else; it’s called socialism,” he said to loud applause.

Many commentators have drawn parallels between Corbyn and Vermont Senator Bernie Sanders in his bid to gain the Democratic Party nomination. Both have emerged from the margins of their respective parties, generated enthusiastic grassroot support and taken the media by surprise to become serious contenders.

Corbyn, unlike his opponents Andy Burnham, Yvette Coooper and Liz Kendall — two of whom were cabinet ministers, the third a member of the shadow cabinet — has had no cabinet experience in government or opposition. In fact, he is the Labour Party’s most rebellious MP, voting against his party more than 500 times since 1997 — this in a parliamentary system where voting against your party is rare. Given that record, it is far from clear how a victorious Corbyn would be able to ensure party discipline in opposition or government.

But it is his history of activism and opposition that has endeared him to rank-and-file Labour members. “Compared to the other candidates he comes over as more authentic, more principled, more soulful and more of an alternative to the Conservatives” says Tim Bale, politics professor at Queen Mary University, London, and author of Five Year Mission: The Labour Party Under Ed Miliband.

Bale says Corbyn’s rivals are seen as out of touch.”Populists to the left to the right… can argue that these politicians look and sound the same and therefore they are part of this ‘elite conspiracy’ to keep business as usual and not really change anything,” says Bale.

It was, however, ‘these politicians’ who ensured that Corbyn was allowed to stand in the election after Milliband stepped down in May. Corbyn could not secure the support of 35 out of 258 MPs, the minimum needed to be a candidate for the leadership. Corbyn was supported by 12 moderate MPs, who wanted to see a range of candidates across the political spectrum and probably did not think he would be a serious challenger. They combined with left-wing MPs to lift Corbyn to above the threshold. “Those MPs lent their support to him even though they didn’t generally agree with him,” explains Bale. “In some ways, they subverted the party’s own rules and the rules are there for a very good reason because quite a lot of Labour grassroots supporters are actually more left wing than the ministers.”

Bale, who is working on a research project on party membership in the U.K., has noticed a change at the grassroots level of the party, with the inclusion of younger, more idealistic members. “They are more anti-austerity, fed up with what they see as compromise with conservativism and… therefore, in some ways different to the Labour electorate that elected Ed Milliband,” says Bale.

Nithya Natarajan, 26, a PhD student who joined Labour a month after Corbyn announced his candidacy, says the party never resonated with her before. She says: “A lot of people in my generation didn’t feel like Labour’s key causes spoke to any of our concerns. Corbyn has shown a lot of integrity of character, through his very long career and his complete unwavering support for causes… is a huge part of why I am attracted to him.”

It’s for the very same reasons that members of the Conservatives and other opposing parties have reacted to Corbyn’s candidacy with glee, believing he will make it all but impossible for Labour to win an election. Some have even used loopholes in Labour Party rules to become affiliated members to vote for him.

The postal votes are already being counted. If Corbyn wins, the Labour Party will be turned upside down — but unless he can convince the rest of Britain to take a hard left turn, the biggest winners could well be Labour’s opponents. 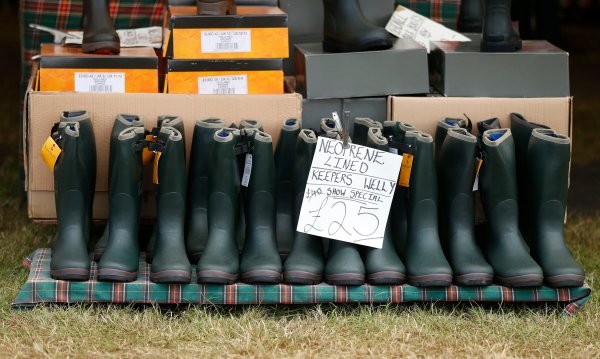