The prime suspect in last month’s bombing of Bangkok’s Erawan Shrine has been arrested at the Thai-Cambodian border, Thailand’s officials said Tuesday.

Twenty people were killed and more than 120 injured when the blast ripped through the popular tourist attraction on Aug. 17, in what Thai junta chief General Prayuth Chan-ocha dubbed the worst attack on the Thai capital in recent memory. Authorities now believe they have apprehended the man in a yellow T-shirt, with dark-rimmed glasses and shaggy hair, seen on CCTV footage dropping a black backpack at the shrine immediately before the blast.

A series of raids over the weekend uncovered bombmaking equipment and a stash of fake passports in eastern Bangkok, and led to one arrest and three warrants issued, including for a Muslim Thai woman who later showed up in Turkey.

According to the Bangkok Post, the man arrested Tuesday was in possession of a Chinese passport with the name Yusufu Mieraili, 25, from China’s Xinjiang region — the resource-rich homeland the embattled Uighur Muslim minority.

If this identity is confirmed, the bombing would seem to be revenge for the July forced repatriation by Thailand of 109 Uighur Muslims to China. The return led to furious protests in Turkey, including an attack on the Thai consulate, as many Turks see themselves as having a common bond with the Turkic-speaking Uighurs.

“A significant proportion of the growingly disenchanted and disenfranchised Uighur population are resorting to escaping China,” Alexander Neill, an expert on Uighur issues at the Singapore-based International Institute for Strategic Studies, tells TIME. “And many Turks see them as ethnic brethren in term of espousing pan-Turkic unity and the glory days of the Ottoman Empire.”

Uighur terrorist attacks have repeatedly targeted civilians in China, including a bloody knife rampage at Kunming train station on March 1, 2014, which killed 31 people and left 141 wounded.

As the Erawan Shrine is popular with mainly ethnic Chinese tourists, and they accounted for half the total dead, the blast seems to have had the twin goals of punishing Thailand for the repatriation and the Beijing government for perceived ongoing marginalization and abuses.

The Uighur connection would also present new problems for the Thai authorities. Bangkok has long been a hub of international criminal syndicates, including narcotics and human-trafficking gangs from Central Europe, owing to lax enforcement, excellent regional connectivity and complicity among certain venal elements of local law enforcement. The Erawan attack, the prospect of ever more Uighur migrants arriving in the Thai capital, and the apparent conflation of criminal and terrorist networks, throw up serious challenges for internal security and Sino-Thai relations.

“China’s response has been to force the hand of Thailand to forcibly repatriate whatever Uighurs they find,” says Neill. “But the bombing exposes the underbelly of this people-smuggling operation and that there’s real doubts that Thai military junta have actually got a grasp of its extent.” 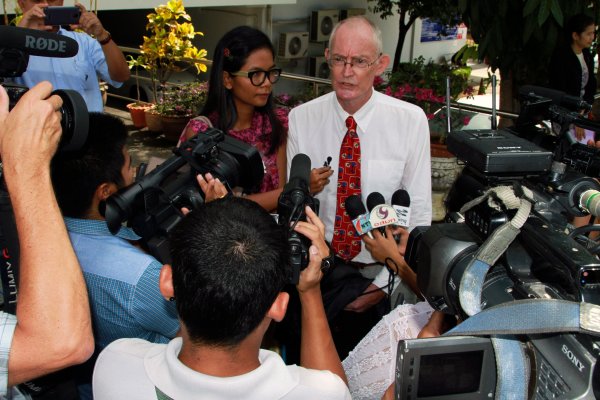