Protesters hold placards at the Stand up for Refugees rally held in central Sydney on Oct. 11, 2014
David Gray—Reuters
By Mark Rivett-Carnac

Asylum seekers who were transferred to a processing center on the tiny Pacific island of Nauru after arriving in Australia as refugees may be moved again because of endemic sexual assault, rape and child abuse.

An Australian Senate committee report published Monday recommends the government relocate children and families from the island after finding conditions not “appropriate or safe” for detainees due to a raft of serious allegations.

“The government should develop a plan,” the committee wrote in its latest report, “for the removal of children from the Nauru [Regional Processing Center, or RPC] as soon as possible, with their families where they have them.”

It also wrote that the center should “move towards becoming a more open, lower security living arrangement,” and asked for continued legal review and additional reports by Dec. 31, 2016.

Once home to a thriving phosphate mine, Nauru is now awash with refugee accommodation made from white vinyl marquees. More than 2,000 people have been transferred to the center since 2012 as Australia implemented a new harsh immigration policy based on three pillars: turning or towing back boats at sea; forcing asylum seekers to live in offshore detention facilities in Nauru and Papua New Guinea; and a blanket ban on “boat people” being resettled in Australia.

Human-rights groups condemned the policy and serious allegations quickly emerged, including accounts of horrific abuses in the Forgotten Children report by the Australian Human Rights Commission in November 2014 and in the Moss Review in February 2015.

In response to these allegations and the committee’s recommendations, dissenting Senators denied full responsibility for the detainees’ situation, writing, “Nauru owns and administers the Nauru Regional Processing Center, under Nauruan Law.”

This position was supported by the Secretary of Australia’s Department of Immigration and Border Protection, Michael Pezzullo.

“The government of Nauru operates the RPC, assess asylum claims and, where persons are found to be in need of protection, arranges settlement,” Pezzullo told a June 9 public hearing.

A previous resettlement plan that sought to move detainees from Nauru to Cambodia fell apart on Monday when Cambodian officials said they would no longer accept any refugees. The Southeast Asian nation had agreed to receive unlimited number of the asylum seekers in exchange for $28.5 million in development aid from Australia. Only four people were ever transferred. 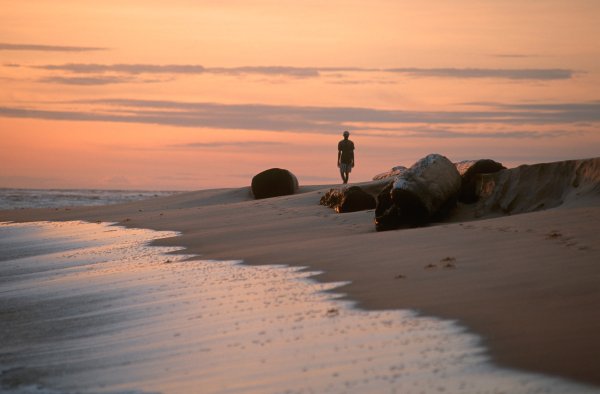 Tourist Rescued Thanks to SOS Message in Sand
Next Up: Editor's Pick