Phuketwan journalists Alan Morison, right, and Chutima Sidasathian speak to media as they arrive to a criminal court in Phuket on April 17, 2014
Reuters
By Charlie Campbell

An Australian journalist and his Thai colleague have been cleared of defamation charges brought after they reported accusations that some officials in the Thai navy were complicit in human trafficking.

Alan Morison and Chutima Sidasathian, of the Phuketwan news website based on the Thai tourist island of Phuket, faced a possible jail sentence after they quoted an excerpt from a 2013 Reuters special report on human trafficking that subsequently won the news agency a Pulitzer prize.

A Phuket court acquitted both the journalists of defamation and breaching the Computer Crimes Act on Tuesday morning, reports the BBC.

Neither Reuters nor the two award-winning journalists who penned the original story faced any charges, leading to press freedom advocates to accuse the Thai navy of attempting to muzzle the media by making an example of relatively low-level players.

Reuters has also faced criticism for distancing itself from the case, though the news agency released a statement Tuesday welcoming the verdict. “We are pleased at the Court’s verdict in the case today and Reuters wholeheartedly supports the principles of a free press,” said the statement. 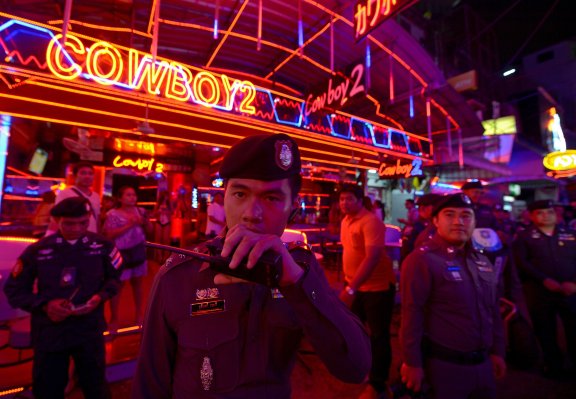