An emotional Hulk Hogan apologized to fans Monday on Good Morning America for racist comments he made that were caught on tape.

The wrestler addressed his use of racial slurs in a recording that was recently released, resulting in Hogan’s removal from the WWE’s Hall of Fame. According to Yahoo, it’s believed that the tape was recorded between 2006 and 2007.

Hogan told GMA, “I’m not a racist, I never should have said what I said. It was wrong. I’m embarrassed by it.” Hogan said he grew up in a rough neighborhood where the N-word was “thrown around like it was nothing.” He said it was “very fair” to say that he inherited a racial bias. He asked his fans for forgiveness.

He added that the aftermath of the leak was very troubling for him: “I was to the point where I wanted to kill myself,” he said.

“Just because a person makes a mistake, just don’t throw them away. You don’t throw good people away,” said Hogan. “People get better every day.” 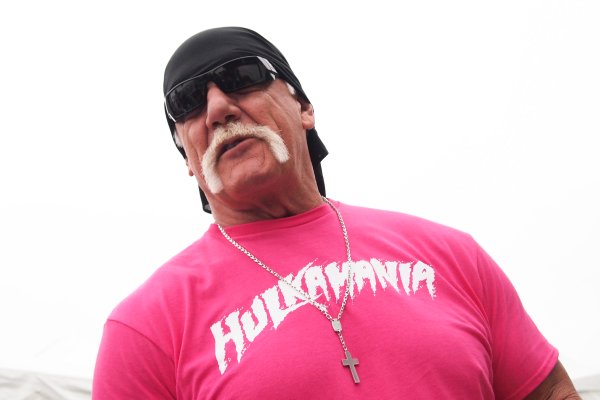