Streaming music service Tidal blamed Apple for blocking Drake’s performance on Saturday during a livestream of a New Orleans charity concert, prompting accusations that the tech giant went too far in guarding its partnership with the rapper.

The livestream of Lil Wayne’s Lil Weezyana Fest, which benefits after-school programs for kids 10 years after Hurricane Katrina, was interrupted during Drake’s scheduled performance with a message claiming “Apple is interfering with artistry,” The Verge reports. “Sorry for Big Brother’s inconvenience,” Tidal said.

According to the New York Post, Apple reportedly threatened Tidal with a $20 million lawsuit in order to protect its own streaming music service, Apple Music, through which Drake’s next album will exclusively released. But a separate report from BuzzFeed News claimed that filing such a suit would not even be within Apple’s power.

“We have all the email receipts and written correspondence that took place with said, blocked performance,” Tidal told The Verge in a statement. “That being said we choose to keep it classy. Great show to all the performers. Great performance Wayne. God Bless New Orleans. 10 years stronger.”

Drake’s manager denied the allegations against Apple, stating that it was “100 percent” Drake’s decision not to stream his performance on Tidal. “Apple doesn’t have the power to stop us from being part of a live stream,” he said. “[Tidal] saw the opportunity to take a situation and spin it in their favor as a publicity stunt.” 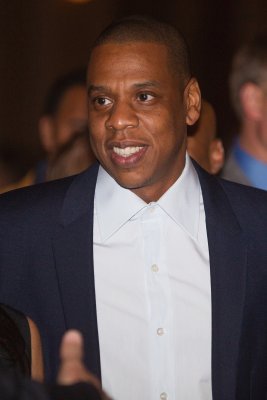 Jay Z Joined Instagram But Quit After 14 Hours
Next Up: Editor's Pick