How Technology Has Revolutionized Diplomacy

At the time of Benjamin Franklin’s stint as U.S. Ambassador in Paris, it would take about six months for his diplomatic dispatches to reach his government in Philadelphia. So if diplomacy was to be at all effective, ambassadors had to make fateful decisions on behalf of their government autonomously, based on their own understanding of their nation’s interests and policies, without getting any prior go-ahead for what they did, hence the quaint ambassadorial title “extraordinary and plenipotentiary.”

I’m guessing a number of ambassadors today would happily trade-in the daily back-and-forth with HQ for a return to the old way of doing things. But the “good old days” are long gone, and the volume and frequency of communication between a diplomat and her capital are the tip of the iceberg of the information revolution. Three fundamental changes to the nature of diplomacy stand out above the rest.

The first and most important change is a shift in balance from government-to-government diplomacy to people-to-people diplomacy. Communication between political leaders by diplomatic proxy still has an important role to play, and some form of public diplomacy was also practiced in the past. But nation states and their governments no longer play the preeminent role in our lives that they did 100 years ago. Being a government official no longer gives you the privileged status of the past—if anything, it only earns you suspicion.

In today’s world, it is increasingly corporations, civil society groups, cultural movements and, most important, ideas—which know no national boundaries and are not citizens of any state—that shape our lives. Online platforms have more of an effect on more people today than most governments, and the essential thing about these platforms is that they make their impact by facilitating direct interaction between infosumers across political divides.

This means that if diplomacy is to keep up with the world, it must focus on participating in the myriad of emerging global conversations. The name of the game is relevance. A diplomatic service that is stuck in the mind-frame of broadcasting and fails to narrow-cast to the wide spectrum of passions, priorities and identities which make up the contemporary polity, will be quick to lose its value.

In the case of my country, that means bringing to the fore the wealth of creative energy that makes Israel what it is—be it in jazz, basketball, entrepreneurship, technological innovation, literature or cuisine. Like a good party host, my job is not to dominate the conversation, just to introduce the participants to each other and let them take it away.

Another glaring difference between the way diplomacy is practiced today and the way it was practiced before the information revolution is due to the death of secrecy. Even before the dangerous and destructive antics of Edward Snowden and Julian Assange, judicious diplomats have been coming to terms with the fact that “strictly between us” and “off the record” are fast becoming empty pleasantries. Young cadets in diplomatic academies today are being taught to never write something in a diplomatic cable that they would not want to see in the next day’s headlines.

This brings with it a deep seated change in the approach one takes to the profession. It means that you avoid taking actions and making statements that you are not willing to stand behind in public and dovetails with what we already saw regarding the shift of focus towards public diplomacy.

Finally, the sheer volume of information has lead to an increased professionalization and specialization in every productive sphere from medicine to marketing. Diplomacy is no exception. In the past, a diplomat was expected to be a “well-rounded gentleman” with an education broad enough to sustain so many dinner table conversations but with no specialized professional training. Today, that just won’t cut it.

The complexity of the tools a diplomat must be able to deploy and the diversity of the audiences she must be able to address require genuine specialist skills. Just to keep abreast of the public sphere in which contemporary diplomacy operates requires high-performance social media skills, the ability to interpret the output of big-data analytics and the same proficiency in the use of focus groups and polling that is expected of a corporate marketing professional. Jack of all trades and ace of none is a losing hand in the contemporary diplomatic game. I believe strongly that technology is making diplomacy a more dynamic, exciting, and creative profession. 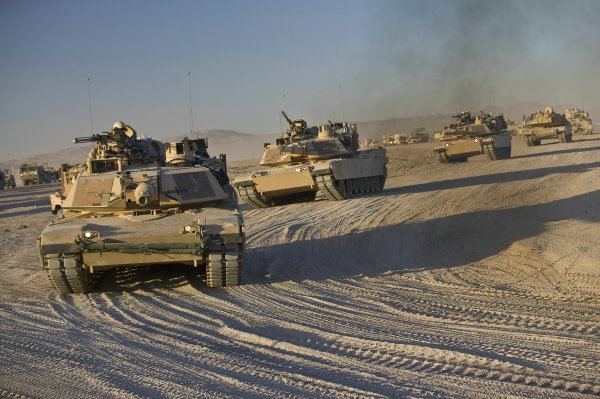 The U.S. Obsession With Victory Is Dangerous
Next Up: Editor's Pick