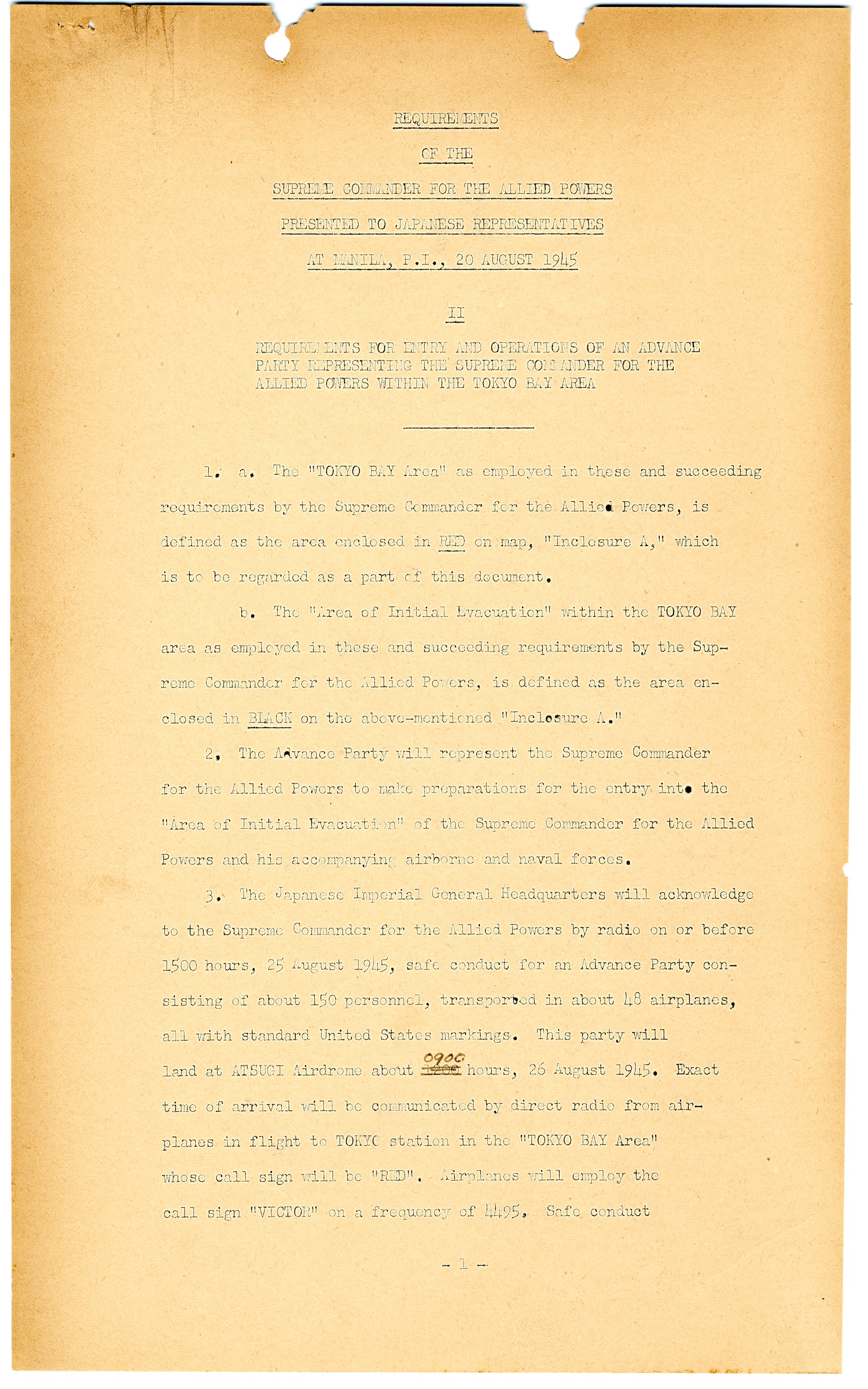 Though Japan announced plans to surrender in World War II within days of the atomic bombings of Hiroshima and Nagasaki, it took weeks before the brutal war officially came to a close — the reason “V-J Day” is observed on a few different days. The time in between was consumed with the tricky logistics of negotiating the details of surrender. Representatives of Japan and of the Allied powers would need to meet but, at a time when Japanese partisans were perceived to remain a threat, General Douglas MacArthur was particularly concerned about the safety of his delegates.

“There was a lot of concern on MacArthur and his staff’s side that something dastardly could happen, that the initial party could get ambushed,” explains Kenneth Rendell, the founder and director of the Museum of World War II in Natick, Mass. MacArthur’s concern can be seen in the lengthy document he prepared instructing Japanese delegates about the steps that would need to be followed in order to bring the two sides together.

In this page from one draft of that document, which is in the museum’s collection, MacArthur’s handwritten notes can be seen making a slight change to the timing of one of those steps. (The document was in the papers of LeGrande A. Diller, MacArthur’s chief of staff for public relations, before it was acquired by the museum.) But even the most detailed plans don’t always work out: this document names August 31—exactly 70 years ago Monday—as the date on which the two sides would meet. But further complications pushed the signing of the surrender documents to Sept. 2.

More like this: See the Original Operations Orders for the Atomic Bombings of Hiroshima and Nagasaki

Read TIME’s original 1945 coverage of the surrender, here in the TIME Vault: “… Peace Be Now Restored” 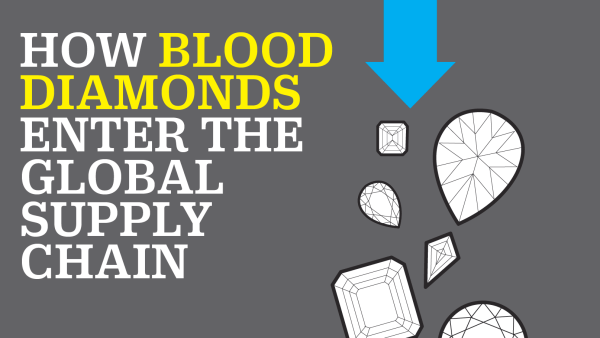 This Graphic Shows How Blood Diamonds Arrive in the U.S.
Next Up: Editor's Pick