This New App Shows Drone Pilots Where it's Safe to Fly

Drones flying in unsafe places are becoming a real problem for pilots, who by August already reported double the number of close calls than they experienced throughout all of last year. That’s in part why the Federal Aviation Administration is rolling out a new app designed to help drone hobbyists check if their planned outings are safe.

Called “B4UFLY,” the iOS version is out in beta Friday. The app lets drone flyers quickly check the status of local airspace, taking into account any special restrictions, nearby airports and other aviation rules. It’s similar to, though much simpler than, the process pilots of full-size aircraft undergo when planning a flight.

The FAA’s B4UFLY beta is open to drone flyers who previously registered to be a part of the test. The agency expects the iOS app as well as an Android version to be available to the general public in “several months.”

The app could also be seen as a move on the FAA’s part to better ensure hobbyist drone pilots operate their aircraft in a safe manner. While the agency has broad powers to regulate the commercial use of drones, it has far less authority over recreational activity. Making sure such hobbyist pilots know where is safe to fly — and where isn’t — could help the FAA prevent a would-be disaster. 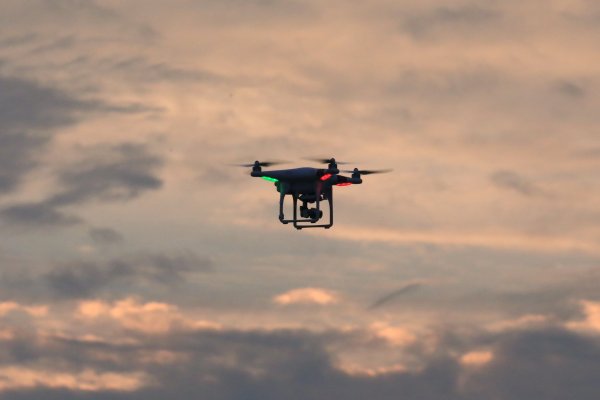 Drone Sightings by Pilots More Than Doubled
Next Up: Editor's Pick