Jamaica's Usain Bolt, left, receives a gift from the cameraman who hit Bolt with a segway after the 200m final on Aug. 27.
Kin Cheung—AP
By Julia Zorthian

The cameraman who took out Usain Bolt with a Segway on Thursday says he later apologized to the world’s fastest runner. With a handshake, the pair made peace at the 200m medal ceremony.

“The important thing is that he is OK. I’m fine and ready to get back to work,” Song Tao told the Guardian through a translator.

Song gave Bolt a red bracelet, and Bolt gave song a pat on the back. Bolt had won his record 10th gold medal at the world championships moments before the Segway incident.

“The rumor I’m trying to start right now is that Justin Gatlin paid him off,” Bolt joked later about the cameraman and his rival, Gatlin, whom Bolt had just beaten. 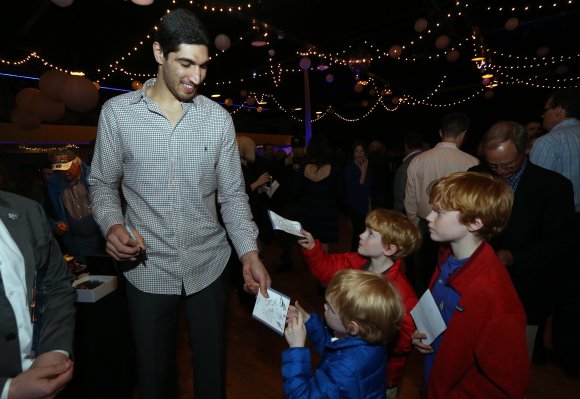