The Top 4 Misconceptions About Pope Francis

Pope Francis, wearing a red scarf, has a light moment as he leaves St. Peter's Square at the Vatican after an audience with with Altar boys and girls, Aug. 4, 2015.
Gregorio Borgia—AP
Ideas
By Christopher J. Hale
Hale is a Democratic politician from Tennessee; he has been a Catholic nonprofit executive and helped lead faith outreach for President Barack Obama.

The Public Religion Research Institute released a wide-ranging study this week measuring the American Catholics’ thoughts about the Catholic Church, American politics, and Pope Francis. One number stood out—almost 40% of American Catholics mistakenly believe that Pope Francis supports gay marriage. Under his leadership, the church has become more welcoming to the LGBT community, but it has not changed course on marriage.

Time and again, through a mix of media folklore, religious illiteracy, and political peddling, an incorrect portrait of Pope Francis appears. Here are the top four myths we should debunk once and for all before the famous Argentinean pontiff crosses the Atlantic to visit the U.S. next month.

1. Pope Francis isn’t a Democrat (or a Republican).

Playing political football with the pope is a tradition as old as the office itself. From ancient Roman emperors to Renaissance English monarchs to modern-day Congressmen, politicians have long have used the pope to push ideological agendas. Under Francis’s predecessor Benedict XVI, many political actors in the U.S. tried to suggest that the German pope’s opposition to gay marriage and abortion meant that his priorities and those of the Catholic Church lined up neatly with the Republican Party. One prominent conservative Catholic commentator even went as far to argue that Benedict didn’t really believe his own scathing 2009 critique of the global economy.

Sadly, many Democrats have tried to do the same with Francis. In September 2013, Slate’s William Saletan wrote an essay entitled “Pope Francis is a liberal.” Saletan’s piece followed Francis’s interview with Jesuit publications in which he argued that the Church shouldn’t become “obsessed” with abortion, same-sex marriage, and contraception. The same day the interview was published Pope Francis denounced abortion as a part of the “throwaway culture.”

Francis is neither a Democrat nor a Republican. The politics of Jesus Christ and the Catholic Church don’t fit well in either major American political party. His expected critique of radical individualism in front of Congress next month is expected to push back on the short-sighted priorities of both.

2. He isn’t a Marxist, a Communist, or a Socialist, either.

The absurd suggestions that Pope Francis follows the ideologies of Karl Marx first gain steam in the U.S. in November 2013 when Rush Limbaugh said that Pope Francis “doesn’t know what he’s talking about when it comes to capitalism and socialism.” ​Suggesting that​ ​others ha​d​ “gotten” to Francis, Limbaugh claimed that Francis was preaching “pure Marxism​.​” Religious scholar Re​za Aslan​ had a simple reply: “​Somebody did get to P​​ope Francis. It was Jesus.” ​The pope himself responded a few weeks later: ​“The Marxist ideology is wrong. But I have met many Marxists in my life who are good people, so I don’t feel offended​.​”

3. Nor is he necessarily an animal lover.

Last December, the New York Times ran a story that claimed Pope Francis had told a distraught boy that his recently deceased pet would earn a place in heaven. A few days later the paper had to retract most of the viral story. Though the pope took the name of Saint Francis, the patron saint of animals and creation, he certainly doesn’t favor pets over people, as the Times implied. ​In fact, Francis has criticized couples who have chosen to have summer homes and pets over children.

New York Times’ columnist Ross Douthat suggested recently that Francis might be flirting with heresy and leading the Catholic Church towards the precipice of a schism. It’s a strange day when pundits are openly questioning the Catholic bonafides of the canonically elected Vicar of Jesus Christ. Francis seems to be at peace with all the hoopla regarding his orthodoxy: “I’m a loyal son of the Church.”

A loyal son, a misunderstood radical, and a prophet denouncing the excesses of contemporary society? Francis sure sounds a lot like Jesus. Then again, I guess that’s the point. 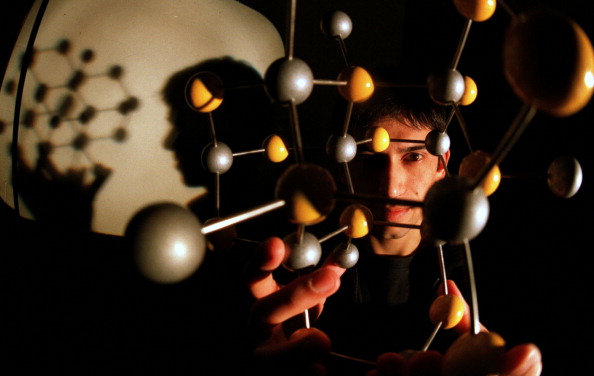 How Quantum Computers Are Prepared for Hackers
Next Up: Editor's Pick