The term “wearables”—as in wearable technology, the next evolution of mobile electronics—has been on the lips of technologists for some time. It’s supposed to be the future—an $80 billion market, some estimate.

The potential of this nascent market has been rather hard to quantify. (So has the definition. Smart watches? Sure. Glasses? Perhaps. “Hearables“? Sure. Clothing? Well…) But a new IDC report shows that a trend line is emerging.

According to the market researcher, the worldwide wearables market grew 223.2% in the second quarter of 2015, as measured by total shipment volume across all vendors. (That figure: 18.1 million units, up from 5.6 million unit in Q2 2014.)

Bigger news: Apple is now the number-two vendor behind Fitbit.

The Cupertino, Calif.-based company shipped 3.6 million units in the second quarter of 2015, “just 0.8 million units behind Fitbit’s 4.4 million units.” Apple has been mum on its Apple Watch sales, so this is rather interesting. (And squares with what Best Buy CEO Hubert Joly said during the retailer’s latest earnings call.)

To give you a sense of Apple’s impact on the category, consider that two of every three “smart wearables,” in IDC parlance, shipped this quarter were Apple Watches. That’s both affirming for Apple, which has a lot riding on its latest major device, and Fitbit, which has managed to beat back Cupertino’s competition despite only selling wearable devices with more basic functionality.

IDC believes Apple will eventually be the wearables market leader. That’s not a surprise, though the dark horse in all this is Samsung, which has demonstrated in smartphones that a quick follow can be just as competitive as a category-defining product. (Even though, it should be noted, Samsung has been selling such devices for far longer than Apple. Lenovo-owned Motorola, too.)

One catch to all this? Another recent report from Argus Insights suggests that consumer interest is slowing for wearables, sliding precipitously from the 2014 holiday season. A seasonal cycle like other consumer electronics, unhappiness with the products on the market, or something deeper? We’ll find out. 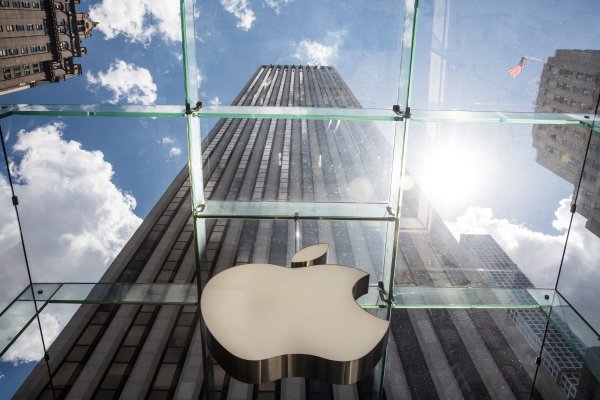 Here's a Big Clue About Apple's Next Event
Next Up: Editor's Pick