Today in imagery you didn’t need think about: “I’m so low that my cojones almost draggin’ on the concrete,” which comes courtesy of Macklemore on his new song with Ryan Lewis, “Downtown.” The Seattle rapper must be done with his thrift-shopping days, because the track finds Macklemore in the mood to spend some serious dollars on a moped for this funky follow-up to his comeback Ed Sheeran collaboration. “Downtown” feels like several songs in one—some ’80s arena-rock vibes, what sounds like a Sugarhill Gang tribute—which will probably make for a splashy debut performance at this weekend’s MTV Video Music Awards.

Correction: The original version of this story incorrectly described the content of the song. 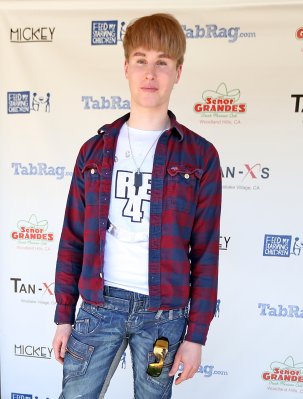 Man Who Surgically Transformed Himself to Look Like Justin Bieber Found Dead
Next Up: Editor's Pick