17 of the Strangest Guinness World Records of All Time

After decades in the business, Guinness World Records knows weird.

The organization, which is celebrating its 60th anniversary Thursday, has made its name designating some of the oddest and most bizarre records possible. Out of the approximately 50,000 applications it receives annually from 174 countries, 6,000 get approved. Though its annual compilation of current records comes out Sept. 10, TIME takes a look back at some of the most unusual world records that have been achieved throughout the years.

1978: Wrestlers Billy and Benny McCrary are dubbed the world’s heaviest twins at 743 pounds and 723 pounds, respectively.

1988: Blackie becomes the wealthiest cat when its owner dies and leaves it $12.5 million.

1992: Bryan Berg set the record for the largest house of cards at 75 storeys in Spirit Lake, Iowa.

1994: Daniel Bent set the record for fastest ever time in the bog-snorkeling triathlon in 2 hours, 23 minutes, 24 seconds at the World Bog Snorkeling Championships.

1999: Gary Bashaw, Jr., set the record for most milkshake dispensed through the nose when 1.82 oz. of milk and chocolate powder came out of his nose on the set of a Guinness World Records TV program in Los Angeles, California.

2000: Ann Atkins set the record for the largest collection of garden gnomes with 2,010.

2004: Chad Fell blew the largest bubblegum bubble at 20 in. at the Double Springs High School in Winston County, Alabama.

2008: Kevin Shelley set the record for most toilet seats broken by one’s head in one minute by shattering 46 in Cologne, Germany.

2009: Melvin Boothe had the longest finger nails on a pair of male hands ever at 32 ft. 3.8 inches when they were measured in Troy, Michigan.

2012: Val Kolpakov of Alpharetta, Georgia, has been recognized for the largest collection of toothpaste tubes at 2,037.

2014: Ranmaru, an Australian Labradoodle, boasts the longest eyelashes on a dog at 6.69 in.

2015: 12,975 dancers set a record for the world’s largest Zumba class in Mandaluyong, a city just outside the Philippine capital, Manila.

Date N/A: Micronecta scholtz, a type of aquatic freshwater insect, has been recognized for having the loudest penis at 99.2 decibels, described as “equivalent to sitting in the front row listening to a loud orchestra playing.” 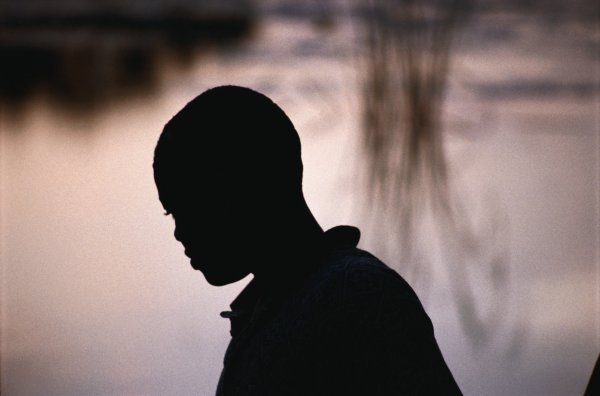 We Are Measuring Childhood Poverty Wrong
Next Up: Editor's Pick