What Hasn’t Been Fixed Since the Last Market Crash?

Investors knew it was coming. But that didn’t make it any less painful. Global markets, long due for a major correction after their bull run over the past several years, have finally broken. China, the second largest economy in the world, led the plunge on Aug. 24, with the Shanghai index falling more than it has since 2007. Emerging markets, Europe and the U.S. all followed. The Dow lost nearly 600 points, more than when the U.S.’s credit was downgraded in 2011. Markets recovered, but investors were spooked. “This is one of the longest periods the market had gone through with such low volatility,” explains Ruchir Sharma, chief macroeconomist for Morgan Stanley Investment Management. “It was therefore vulnerable to some bad news.”

Inevitable maybe, but why now exactly? After all, the European debt crisis is under control (for the moment). America’s economic recovery, though slow, had been steady enough to persuade the Federal Reserve to lean toward raising interest rates in September.

If you listen closely to the sounds of this late-summer crash, you can hear distinct echoes of the 2008 financial crisis. Back then, when American and European companies and consumers stopped spending, other stakeholders in the global economy were compelled to take up the slack. Chinese authorities, for example, launched a massive stimulus program, investing in infrastructure and real estate in an attempt to make up for the lack of global demand for their country’s exports.

It worked. China, which has been responsible for the largest chunk of global economic growth since the crisis, avoided the so-called hard landing many had feared. But it also set the stage for the largest debt bubble in history. The Chinese currently have a debt-to-GDP ratio of about 300%–three times that of the U.S. Now that bubble appears to be bursting. Fear of broader contagion helps explain why reactions in the rest of the world’s markets were so stark.

But things may not be as dire as all the flashing red down arrows suggest, even if global markets continued to wobble days after the initial crash. Most observers believe China’s market crash doesn’t herald a “Lehman” moment, the unraveling of a strand that causes the whole sweater to fall to pieces. The country’s banking sector, mostly state-owned, is ring-fenced from the rest of the world. That means bad debt won’t ricochet from Iceland to Iowa and back as it did in the 2008 financial crisis.

Still, China’s growth has slowed. (Many analysts, like Sharma, think it’s closer to 5% than the official statistic of 7%.) And a sluggish China does put a brake on economies in the rest of the world. American companies get a third of their earnings internationally now, about twice the rate in the 1990s. A fall in Shanghai isn’t going to tank American markets à la 2008 or push the U.S. back into recession. Yet it will mean that the U.S. stays basically where it is, hovering somewhere between 2% and 3% growth, with wages stagnant and without the steam to turn the current recovery into something more robust. All of which adds more uncertainty to the economic picture for the U.S. over the next year. That could make it difficult for the Fed to hike interest rates this fall.

More broadly, the current turmoil proves that the world is still awaiting clearer resolutions of the distortions from the financial crisis of 2008. These would include a healthier rebalancing of growth among the U.S., Europe and emerging markets. The Chinese, meanwhile, need to shift from making cheap goods to being a higher-end service economy to offset Western consumers who can’t (and shouldn’t) spend much more as a percentage of their incomes on foreign goods.

But seven years on, nothing has really changed. The Chinese government’s fumbled attempts to stanch the stock-market bleeding show signs of deeper dysfunction. Europe is improving, though it is still prone to minicrises. The U.S. is a bright spot, to be sure. But its growth isn’t strong enough to pull the whole world along. And with public debt at record levels, governments around the world are generally out of fiscal and monetary ammunition to buoy markets through intervention.

The bottom line? The market dip of the past few days may be only the first of others yet to come. 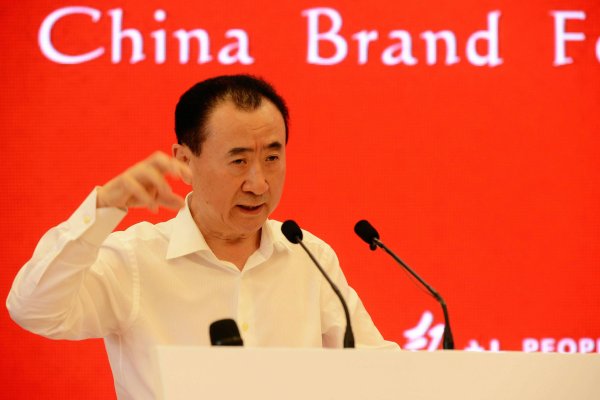