A Voice to Say, This Land Is My Land

To be Black in America is to navigate an existence where one is at once–and perhaps perpetually–seen and unseen, valued and devalued, by a society that has historically questioned the worth of those it once enslaved for profit. This painful dichotomy has been a recurring narrative in the canon of African-American literature, both fiction and nonfiction.

The current national debate over whether Black Lives Matter has only heightened our sensitivities to these questions of race, identity and belonging. And it’s in this atmosphere of both tension and attention that three thought-provoking contemporary authors offer works taking on the complexities of black life in America–past, present and future. In ways wholly individual but similarly intricate, Margo Jefferson, Dr. Damon Tweedy and Ta-Nehisi Coates examine the impact of race on our expectations and experiences. And in doing so, they challenge us to as well.

In her memoir Negroland, Jefferson, a Pulitzer Prize-winning culture critic, gives us a rare look at the lives of Chicago’s black elite during the 1950s and 1960s. Raised by her father Ronald, who was head of pediatrics at Provident, the country’s oldest black hospital, and her mother Irma, a stay-at-home mother and socialite, Jefferson was fed a steady diet of dos, don’ts and lessons in comportment as part of her social standing as a member of the upper-middle-class world she calls Negroland.

The responsibilities of representing the race were many and far-reaching–as were the pressures to distance oneself from “undesirable Negroes” who were often viewed as inferior.

Children in Negroland were warned that few Negroes enjoyed privilege or plenty and that most whites would be glad to see them returned to indigence, deference, and subservience. Children there were taught that most other Negroes ought to be emulating us when too many of them (out of envy or ignorance) went on behaving in ways that encouraged racial prejudice.

Jefferson’s own childhood in the Third Race, as she called it, meant ballet lessons with her sister Denise, peeking over the bannister at their parents’ dinner parties and attending the University of Chicago Laboratory School, one of two private schools that accepted black students at the time. Moments of historical strife punctuated everyday idyll; while Jefferson and her family were living in a house in the South Side neighborhood of Park Manor, a white mob formed to stone the houses and burn crosses.

As the civil rights era gives way to the Black Power movement, Jefferson struggles to embrace a changing culture she must learn anew to navigate. She considered herself a feminist, but the women’s movement, she points out, was considered “a white woman’s thing, an indulgence, even an assertion of privilege.” Her efforts to find acceptance and fit in–as when she tempers her diction and mannerisms around black nationalists for fear they might see her as not “black enough”–are raw and revelatory. And she wrestles deeply with a condition sometimes seen as another privilege black women were not afforded: depression.

Jefferson’s descriptions of how she “craved” the right to despair are some of the most haunting parts of the book, particularly the section in which she shares notebook entries from her youth, which she called “death aphorisms.” Another entry ends, “If I have to talk about RACE and its subdivisions–ethnicity, culture, religion–any more, I will do a Rumpelstiltskin. I will stamp my foot and disappear into the earth.”

Where Jefferson struggles to move past the traps of privilege and pedigree, for Damon Tweedy, they loom, just as problematic, on the horizon of his education and career. In his book Black Man in a White Coat, he writes of his mother, who never attended college and worked for 40 years in the federal government, and his father, who did not finish high school and worked as a meat cutter in a grocery store. Tweedy counts himself fortunate when he wins a full scholarship to Duke medical school. (He also holds a law degree from Yale.) But he questions his readiness for the grueling program; having graduated from a state school, unlike many of his Ivy-educated peers, “I felt like a scrawny thirteen-year-old on a basketball court with grown men.” The ground was uneven in other ways too.

At one point, a professor, Dr. Gale, approaches him in a lecture hall. “Are you here to fix the lights?” he asks, not recognizing his own student. The same man later asks Tweedy to be a researcher in his lab; the answer is no. Throughout med school, Tweedy bristles at the steady classroom reminders of the broader health problems of the black race:

Constantly hearing about the medical frailties of black people picked at the scab of my insecurity. Over time I came to dread this racial aspect of the lectures so much that I felt intense, perverse relief whenever a professor mentioned that a disease was more common among white people.

Now an assistant professor of psychiatry at Duke University Medical Center and staff physician at the Durham VA Medical Center in North Carolina, Tweedy has reconciled his background with his life experiences, which together make him uniquely qualified to serve the communities he treats.

In one compelling chapter, Tweedy describes Leslie, a crack-addicted pregnant patient who loses her child, and how the other members of the medical team treated her: they were jaded, as though her entire situation was presaged by, expected from, her race.

“Much of my life had been devoted to combating and defeating vicious racial stereotypes,” Tweedy writes. But “I suddenly felt naked, as if someone had stripped me of my white coat and left both of us to share the same degrading spotlight.” The section stands out as a poignant example of how prejudices can cripple us all.

Jefferson’s and Tweedy’s books follow on the heels of another provocative and extraordinary work published earlier this summer. Coates’ Between the World and Me, written as a letter to his adolescent son—Samori, named for Samori Touré, who founded the Wassalou Empire (in what is now Guinea) but died in French captivity—seeks to come to terms with a world that has failed to acknowledge his humanity as a black man in America.

In the wake of, and in part inspired by, the tragic deaths of Trayvon Martin, Michael Brown, Renisha McBride and others, Coates’ work succeeds in its unflinching honesty. He recounts examples of historic institutional racism and how this legacy affected him growing up in Baltimore, and lays the framework for a crucial conversation about the worth of black lives in America.

How has our country’s sordid and violent heritage kept so many black men—including Ta-Nehisi Coates, including Damon Tweedy—emotionally imprisoned? Why are we sometimes incapable of believing in a world where black people can simply be seen as human beings worthy of understanding and liberation?

Coates’ work reveals a lifelong quest to resolve these inner conflicts and fight off a prevailing sense of hopelessness. He wants to do so, if not for himself, then for his son, whose optimistic approach to life convinces Coates there is yet room for hope. But to be hopeful, we’ve got to acknowledge there is still healing to be done. Otherwise, to paraphrase Coates, it is all too easy to look away.

De Luca is the editor in chief of Essence magazine 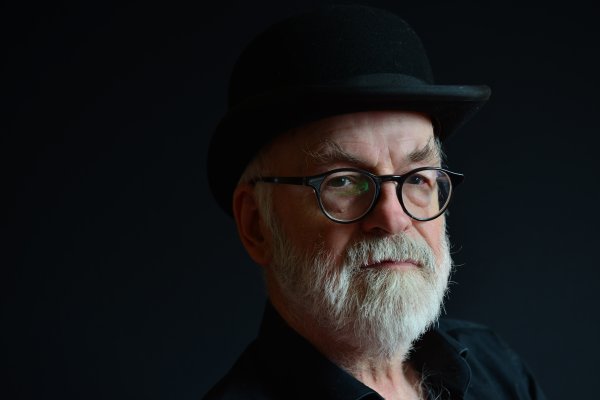