The Price and Promise of Hillary Clinton’s Wobbly Summer

Hillary Clinton, former U.S. secretary of state and 2016 Democratic presidential candidate, listens during her introduction at an event in Ankeny, Iowa, on Aug. 26, 2015.
Daniel Acker—Bloomberg/Getty Images
Ideas
By Joe Klein

On Aug. 18, on a bare indoor basketball court in North Las Vegas, Nev., Hillary Clinton held a press conference. It lasted 10 minutes, and it wasn’t pretty. Almost all the questions were about the controversy of the moment: her private email server and whether she used it to send or receive classified information. She seemed frustrated by the grilling, a bit testy, and at one point, when Ed Henry of Fox asked her if she had “wiped” the server, she flashed sarcastic: “You mean, with a cloth?” It was noted that she was wearing–insert giggles here–an orange (is the new black) pantsuit.

And then the extrapolation began: Clinton was on the ropes, she was slipping in the polls, she was obfuscating, she was being legalistic, a classic Clinton misdemeanor. Her trustworthiness numbers had gone south; she was losing in battleground states against people like Jeb Bush and Marco Rubio. Donald Trump was actually beating her–by a slim digit–in Michigan. A white knight, Vice President Joe Biden, loomed to save the Democratic Party from this embarrassment.

Clinton has seemed rather wobbly this summer to a new generation of journalists–and citizens–who know only the myth of the Clintons: a brilliant, undefeatable political juggernaut. But the Clintons have always been a high-wire act. There have always been press conferences like the one in Las Vegas; there have always been crises like the server–indeed, some have been much worse. Many Americans first met Hillary Clinton when she seemed to dismiss women who “stayed home and baked cookies.” Many Americans met her for the second time in a 60 Minutes interview, defending her philandering husband and saying she wasn’t just some little Tammy Wynette standing by her man. The Clintons, in essence, were the Donald Trumps of their time: you just didn’t say, or do, the things they said and did, and survive in American politics. You didn’t have bimbo eruptions. You didn’t get caught trying to avoid military service. And for a time it seemed the press was right: in the spring of 1992, Bill Clinton had locked up the Democratic nomination but was running third behind George H.W. Bush and Ross Perot. He was pretty much a laughingstock, but three months later, Perot was toast and Clinton had rebirthed himself by naming young, dynamic Al Gore as his running mate.

So if you’re Hillary and you’re fretting through a hostile press conference in Vegas, here’s what’s going through your mind: Here we go again. Another cycle of dust and blather to be endured … and I sure hope I didn’t put anything stupid on that server … and if it turns out that something minimally or temporarily classified–my itinerary for the Pakistan trip–was erased, how much of a problem is that?

Smart politicians have a different sense of chronology than journalists. They are not concerned with “winning the day” or the week. They know that the memory of the public is an eyelash in the wash of time. When the Monica Lewinsky story broke, I watched esteemed colleagues predict the imminent defenestration of Bill Clinton. Clinton figured he could wait it out, and he did. By the time he admitted what the true nature of is was–and boy, was that embarrassing!–the public had moved on. Why? Because he had balanced the budget and the economy was rocking along, and we were at peace in the world. His approval rating was above 60%, far higher than those in the press and Republican Party trying to get him.

And so, if you are–say–Bill Clinton and you are looking at the state of your wife’s campaign on Labor Day 2015, you might evaluate it this way: Well, it hasn’t been a terrific summer, but it could have been worse. Donald Trump has been a blessing, soaking up all the attention and outrage as Hillary stumbled about trying to find her comfort zone. Bernie Sanders has been a blessing too. Yes, he’s been drawing big crowds, but he’s still calling himself a socialist–how silly and self-defeating is that?–while mostly taking standard liberal reform positions that Hillary can sand down and make acceptable to moderates. She’s already doing it on financial reform and college tuition.

If you’re Hillary Clinton, it’s good news that the left wing of the party has had a summer safety valve; it’s probably better news that Joe Biden is thinking about getting in. Biden will only split the anti-Hillary vote; and there are the legions of teachers, single moms, the blacks and Latino women who latch on to her ever more strongly when it appears she’s being picked on or held to a higher standard by men. Plus, there’s always the advantage that comes from wingnut overreach–the smug of war, the same sort of people who accused her in 1994 of complicity in Vince Foster’s suicide or making a fortune off of Whitewater (she lost money). They inevitably blow so much hot air into their balloons–think Benghazi–that they explode in their faces or whiz off into the ether, trivial and incomprehensible.

But does that mean there is nothing to worry about? Hardly. Hillary Clinton is a tough politician but not an especially artful one. There is the eternal problem of her standoffish paranoia, the instinct to walk out of the North Las Vegas gym instead of just taking questions until some marginally responsible journalist gets bored and decides to change the subject.

It is a mistake she has made throughout her public life, from Whitewater to the email server: Why didn’t she turn it over months ago? The same can be said–and more seriously–about the Clinton Foundation: Why did she allow it to accept contributions from foreign governments when she was Secretary of State? And why does she meet the press so infrequently if there isn’t, as she insists, something to hide?

I got a glimpse of how Clinton wants to portray herself in July, when she responded on the record to her husband’s contention that years ago, she didn’t want to run for office, that she saw herself as “too aggressive and nobody will ever vote for me.”

“True story,” she told me. “Bill always saw his future in politics. I saw myself as more of an activist than a politician, working for the Children’s Defense Fund … That’s how I thought I’d contribute.”

In the Democratic Party, the job of “activist” is nearly as sanctified as “community organizer.” It is a good move, in a primary, to identify yourself as such. But there are contradictions. Why does Hillary the “activist” seem so much a pol when it comes to saying yea or nay on the Keystone XL pipeline? And on the plus side: How many “activists” are willing to be as tough and candid with the Black Lives Matter group–the video of her confrontation with them, her refusal to gloss over complex issues of race and class, was her finest moment of the campaign. It was about the only time she didn’t seem rote.

But there have been too few fine moments, and a new stage of the campaign begins now. The GOP field is about to contract. Donald Trump’s 25% or so won’t seem so formidable–or newsworthy–when the race gets down to Trump plus Jeb Bush and player to be named later. There will still be the rush of garbage thrown her way. The press will assume the worst–she’s earned that over time–and the public will not take the trouble to hash through the complexities.

But the public will watch for the simple things: a clear answer on Keystone, the candor to tell young black activists painful truths. She can do this, if she chooses to–the mystery is why she doesn’t more often. 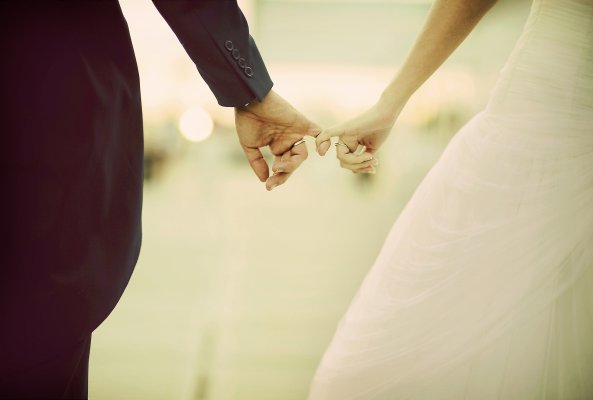 Marital Happiness Is Not a Political Contest
Next Up: Editor's Pick