The Best of Fall Art

Two of the biggest Museum shows of the season look at the work of one ever changing artist and another who made a very big change. “Picasso Sculpture” at the Museum of Modern Art in New York City, starting Sept. 14, is the first U.S. retrospective of Picasso’s solid media since 1967. You could say sculptures were a sideline for Picasso–he produced “only” about 700, compared with some 4,500 paintings, and he kept most of them in his own possession. (MOMA will be showing more than 100.) Yet who but Picasso could pursue a secondary line of creative output, in on-again, off-again episodes, that repeatedly changed the course of art? He worked in plaster and bronze, sheet metal and clay, and, when it suited him, threw in chicken wire, bones and pebbles. He knew the great traditions of sculpture going back to the Classical era, and he knew when it was time to break with them. And that was most of the time.

The man at the center of “Frank Stella: A Retrospective,” which opens Oct. 30 at New York’s Whitney Museum of American Art, was one of the crucial inventors of minimalist painting. In the late 1950s and early ’60s, he made big canvases of uninflected black pigment, their shapes intensified by rows of symmetrical white lines or bands of bright, flat color. They reduced painting to a conceptual ground zero. “What you see is what you see” became his famously fundamentalist motto. But in the 1970s Stella left the flatlands behind and started making wildly colored wall pieces with things like arabesques of spray-painted aluminum jumping into your lap. The idea was to reintroduce into abstraction–always the first principle of his faith–the spatial drama of Old Master art. Did he? You bet. 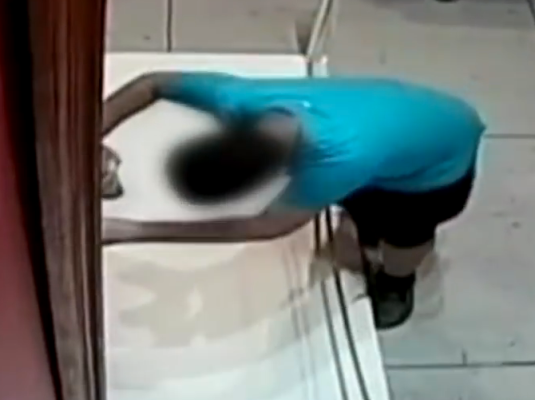 Watch This Kid Damage a 17th Century Masterpiece
Next Up: Editor's Pick