Latin Americans are in general the most emotional people on the planet while the world’s least emotional countries are predominantly from eastern Europe, a new survey has shown.

Bolivia and El Salvador shared top spot with 59% of “yes” responses when respondents were asked whether they experienced any of ten emotions — five positive and five negative — the previous day. Cambodia, Iraq and the Philippines were the only non-Latin countries in the top 10.

The poll, conducted by Gallup, surveyed 1,000 people in 148 countries during 2014. Respondents were asked whether they felt angry, stressed or sad, among other emotions, and also whether they were treated with respect, laughed a lot and felt well-rested.

The most and least emotional countries were ranked based on the average number of “yes” responses to the queries, thus mainly considering whether they felt a range of emotions rather than the nature of the emotions themselves.

Former Soviet nations like Russia, Lithuania, Georgia and Belarus dominate the ranks of least emotional countries, although the nation with the least emotional people — scoring only 37% — is the South Asian nation of Bangladesh. 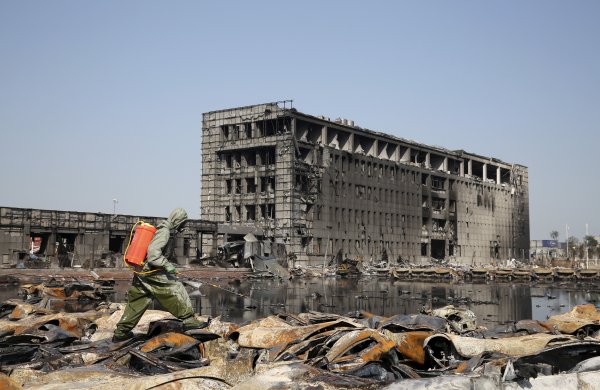 China Accuses 11 Officials Over Tianjin Blasts
Next Up: Editor's Pick