The Goldman Sachs Co. logo is displayed at the company's booth on the floor of the New York Stock Exchange (NYSE) in New York, U.S., on July 19, 2013
Scott Eells—Bloomberg via Getty Images
By Joanna Plucinska

China has been known for ripping off designer goods, iPhones and even public sculpture. Now, financial companies can start worrying about having a Chinese counterfeit too.

American multinational financial giant Goldman Sachs Group Inc. appears to share an English name with Goldman Sachs (Shenzhen) Financial Leasing Co., a financial services company based in the southern Chinese city of Shenzhen. The company also uses the same Chinese moniker (Gao Sheng) as the American one, and even has a similar font for its logo, according to Bloomberg.

Name-poaching isn’t the only controversy the company has encountered — it has also been accused of dabbling in money-laundering.

The company first came to light when a U.S. casino workers’ union sent a letter to the Chinese government complaining that the Shenzhen company was linked to the notorious gaming figure Cheung Chi-tai. Chinese prosecutors allege that Cheung in turn has links to organized crime and he is awaiting trial, Bloomberg says. 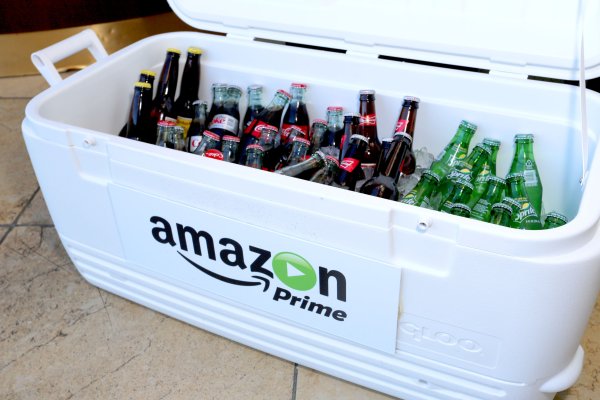 Amazon's Newest Feature Is Great If You Need a Drink Right Now
Next Up: Editor's Pick