A judge in Tennessee ruled Wednesday that the state’s lethal injection protocol is constitutional, ending a battle that has halted executions for more than five years.

Judge Claudia Bonneyman of Davidson County said the 33 plaintiffs—all inmates condemned to death—and their attorneys could not prove that the one-drug method of lethal injection Tennessee uses carries a risk of cruel and unusual punishment, a civil liberty guaranteed under the Constitution’s Eighth Amendment. State rules call for the use of compounded pentobarbital for its lethal injections.

In doing so, Bonneyman cited a 2008 Supreme Court case referred to as Baze, which upheld the constitutionality of Kentucky’s lethal injection protocols, even in the case of a random error, The Tennessean reported.

This is Bonneyman’s second ruling on Tennessee’s capital punishment laws: In 2010, she ruled that Tennessee’s previous execution protocol of using three drugs for lethal injection was unconstitutional, as it allowed “for death by suffocation while conscious.”

Critics have argued that drugs used to induce lethal injection may cause extreme pain, and, in some cases, might prolong death or not kill at all.

Bonneyman’s ruling does not mean Tennessee will immediately reinstate executions, as appeals are almost certainly going to be filed. There are currently 67 inmates on death row in the state. 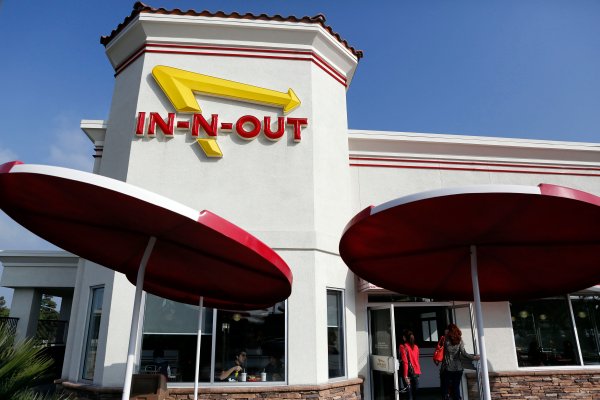 Customer Says He Found Meth in a Milkshake From In-N-Out Burger
Next Up: Editor's Pick