Sea Levels Are 3 Inches Higher Than They Were in 1992

A panel of NASA scientists said Wednesday that new data shows sea levels are, on average, three inches higher than they were in 1992 due to melting ice from both mountain glaciers and the polar ice caps, as well as warmer oceans.

The data was collected from NASA satellites. NASA also released a video that shows a visualization of rising sea levels.

The changes are concerning and “it’s very likely to get worse in the future,” Steve Nerem, a University of Colorado geophysicist and a member of the panel, said in a conference call, Reuters reported. In 2013, a United Nations panel reported sea levels were projected to rise between 1 and 3 feet by 2100; the NASA panel said data indicates the level rise would be on the higher end of that projection.

The sea level change is an average; in some areas, sea levels rose more than 9 inches, and in others—such as along the West Coast, sea levels are falling.

Scientists warn that we haven’t seen the worst of it yet; ocean currents and weather cycles have actually offset some sea level changes in the Pacific, which means the West Coast could see a huge jump in sea levels in the next 20 years.

The panel warned that forecasting the melting rate of the polar ice caps is nearly impossible. And even if the pattern were to stall and reverse, it would take centuries to return to original pre-climate change levels. 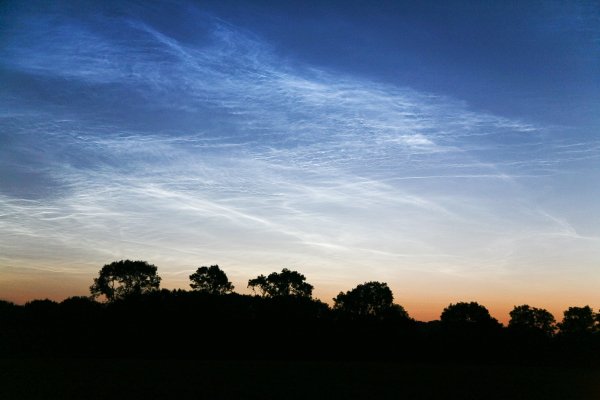 Here's What Those Weird Blue Clouds Mean
Next Up: Editor's Pick