The two fighters have gone back and forth with insults. After winning Best Fighter at the ESPY awards, Rousey said, “I wonder how Floyd feels being beat by a woman for once. I’d like to see him pretend to not know who I am now.” (Mayweather has a documented history of domestic violence.) Later on, Mayweather responded: “I’ve yet to see any MMA fighter, or other boxer, make over $300 million in 36 minutes. When she can do that, then call me.”

In a TMZ video, Rousey responds to the criticism saying: “I actually did the math and given the numbers of my last fight, I’m actually the highest paid UFC fighter and I’m a woman.” She adds, “I actually make 2-3 times more than he does per second. when he learns to read and write, he can text me.”

It’s unlikely this is the last we hear of this spat. 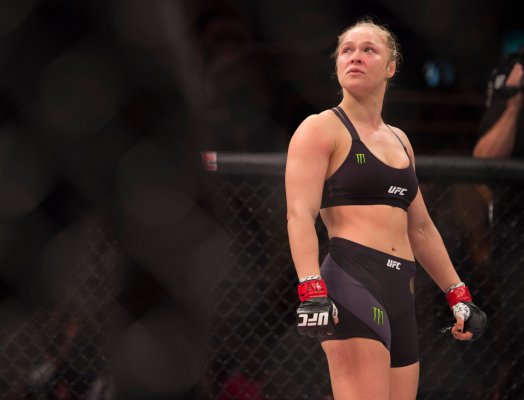 Ronda Rousey Says She Could Beat Floyd Mayweather In a No Rules Fight
Next Up: Editor's Pick