This week’s TIME cover story is a profile of Stephen Colbert by James Poniewozik, who met with Colbert at the Ed Sullivan Theater—where CBS’s The Late Show has been filmed since the early ‘90s—to learn more about his plans as he prepares to take the helm of the iconic late night show on Sept. 8. In a far-reaching interview, Colbert spoke about transitioning out of his fictional character on Comedy Central’s The Colbert Report, the conflating of news and comedy and the pronunciation of his last name.

Here are five things we learned:

He was occasionally reckless as a child. For a series of segments for The Late Show, Colbert’s staff visited his hometown to interview friends and acquaintances about what he was like as a young man. The anecdotes they collected include stories about bold moves in the car—fender benders and doughnuts in the Waffle House parking lot, to name a couple—and his accidental destruction of his mother’s crystal chandelier with a football. “I took all the crystals off,” he says, “hundreds of crystals, and rehung them in a new pattern. She never noticed. I told her 30 years later.”

He chose the pronunciation of his last name. When Colbert was younger, his parents allowed him to choose between emphasizing the first or second syllable of his last name. He chose to pronounce it “col-BEAR,” thinking it had a more worldly ring to it. The South Carolina-bred comedian also worked deliberately to shed his Southern accent.

He’s great at trivia. While showing Poniewozik around the theater, Colbert spouted a wealth of knowledge about the building’s history (the original 1950s CBS eye logo, for one thing, was designed by William Golden). He also mentioned, unsolicited, that Abe Lincoln was a wrestler with a penchant for yelling “I’m the big buck of this lick!” and challenging strangers to fight.

He’s a self-described control freak: Colbert weighed in heavily on the set redesign for The Late Show, as production crews worked to replace David Letterman’s style with that of his successor. He had opinions on everything from the upholstery to the exposed brick walls to the layout of mirrors in the guest makeup room. “I’m a complete obsessive-compulsive control freak,” he says. “I like to know where the data cable is coming in from the street.”

He worried that some fans of The Colbert Report saw him as a political figure more than a comedian. Many audience members saw Colbert, as Poniewozik explains, almost as a “political folk hero.” But his primary goal was always comedy. “People had [political] expectations early on in that show following the Correspondents’ Dinner, which is why I almost never spoke about that,” Colbert says, referring to his blistering takedown of President George W. Bush in 2006. “I didn’t want people’s expectations that I was anyone’s champion to overcome our intention, which was comedy. I don’t want to be anybody’s champion. That doesn’t sound funny.” 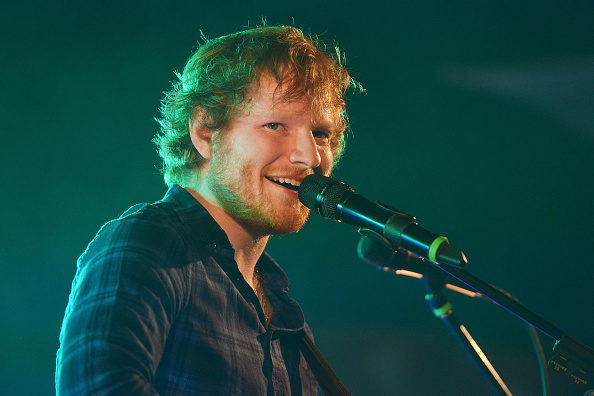 Ed Sheeran's Lion Tattoo Is Real
Next Up: Editor's Pick