Republican presidential candidate Sen. Ted Cruz waits to be introduced at his Religious Liberty Rally in Des Moines, Iowa, on Aug. 21, 2015.
Scott Olson—Getty Images
Ideas
By David Boaz
David Boaz is executive vice president of the Cato Institute and author of The Libertarian Mind, to be published by Simon & Schuster on February 10.

At the Iowa State Fair last Friday, actress Ellen Page challenged presidential candidate Ted Cruz about discrimination against gay and transgender people. Instead of directly answering her question, Cruz responded, “Well, what we’re seeing right now, we’re seeing Bible-believing Christians being persecuted for living according to their faith.” That evening at a “Rally for Religious Freedom,” he introduced several “heroes” whom he described as “victims of government persecution” who “have endured the attacks” for refusing to provide services for a gay wedding.

He’s not the only one. Religious right organizer David Lane, who has escorted numerous Republican presidential candidates—including Cruz—to meetings with pastors, wrote in March, “What does concern me is the reign of terror, now becoming old hat, that [homosexuals] impose on anyone who will not celebrate their sexual lifestyle.”

I don’t think anyone should be forced to supply flowers, cakes, photography, or a venue for a wedding that conflicts with their religious faith. Marriage equality is right and proper in a country that intends to treat everyone equally under the law, but there’s no need to force every mom-and-pop baker into the gay wedding business—or force them out of business with crippling fines.

But terms like hatred, persecution, and reign of terror to describe this issue reveal a lot of historical amnesia. Laws making homosexual acts illegal have been on the books in America since the 1600s. In the early 20th century and again in the 1950s the laws were actually strengthened. By the middle of the century, in most states conviction for sodomy meant as many as 15 years in prison. In California, a conviction could result in life imprisonment.

Although the sodomy laws were rarely enforced directly, they justified many other forms of discrimination and oppression. As William Eskridge wrote in his book Dishonorable Passions, “Sodomy laws sanctioned police harassment of gay people and their hangouts, the discharge of homosexuals from public as well as private employment, official refusals to protect gay people when victimized by assaults and other crimes, and deprivation of custody over or even contact with their children.” In many states, it was illegal to serve alcohol to homosexuals, or for homosexuals to dance together. In 1966 New York City arrested more than 100 men a week for such crimes.

The law combined with social opprobrium to keep many gay people in the closet, living a lonely underground life. Arrest or being outed could mean the loss of a job, a family, or even a life. Many committed suicide in response to such pressures.

That was a reign of terror.

In fact, I’m reminded of what Mark Twain wrote about the “Reign of Terror” after the French Revolution:

The solution to injustice is never to reverse the injustice. The long oppression of gay Americans does not justify reverse discrimination or forced participation in gay weddings. But conservatives should have a little humility in the language they use about injustices that are far less onerous than the hatred, persecution, and attacks that persisted for far too long in America. 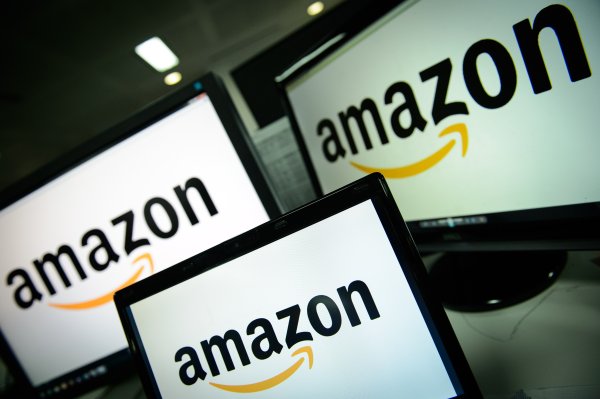 Amazon Isn't the Problem. We Are.
Next Up: Editor's Pick