As Colorado’s marijuana industry lights up, warehouse space is becoming a hot commodity in its capital city.

The state, which legalized recreational marijuana use in 2012, saw legal sales approach $700 million last year, the Wall Street Journal reports. But growing and storing all that marijuana requires a lot of physical space, and that could be a problem for Denver, which is a major hub for companies shipping and storing goods between southern California and Kansas City.

Some companies looking to upgrade their square footage have had a difficult time finding affordable space. “It’s all just getting snatched up by these marijuana people,” Steve Badgley, chief executive of Colorado Specialties Corp, told the Journal.

As much as a third of new warehouse space in Colorado in the past 18 months has been leased to marijuana distributors and growers, according to real-estate firm Cresa Partners. In the state’s warehouse market, rental rates rose 10 percent last year and buying costs have doubled since since the start of last year, according to figures from another firm, CBRE.

“It seems like every warehouse from 8,000 to 20,000 square feet is being turned into an indoor marijuana farm,” Tom Glaspern, managing director in Denver for SEKO Logistics, said. “We had opportunities [with customers] last year that we just had to turn down because we didn’t have the space.” 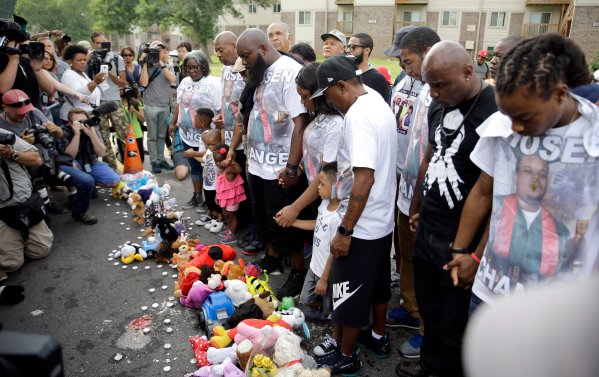 What's Changed in Ferguson a Year After Michael Brown
Next Up: Editor's Pick