Amazon Isn't the Problem. We Are.

A recent report about Amazon’s workplace culture has made waves: Eighty-five-hour workweeks, annual staff culling, executives encouraging underlings to sabotage one another, employees weeping at their desks. Is this a necessary formula for success in the innovation economy? In a letter to employees, Jeff Bezos decried such practices as “shockingly callous. … Even if it’s rare or isolated, our tolerance for any such lack of empathy needs to be zero.”

The most appalling charge: that female employees who had suffered personal traumas such as miscarriages and stillbirths were forced to maintain their productivity or else face punishment. This week, another former Amazon employee has come forward to tell her own story of being cruelly mistreated after she delivered a baby and received a diagnosis of cancer.

From where I sit, such incidents don’t appear to be unique to Amazon. Ever since my infant daughter and I were singled out as outsized financial liabilities last year by AOL CEO Tim Armstrong, I continue to hear from women who were victimized by their employers upon suffering a personal health crisis—especially those related to pregnancy and childbirth.

One mother of two from Seattle writes to tell me that the same day her doctors ordered her on bed rest due to pregnancy complications, her employer informed her that her job would be terminated. Another woman tells me that her employer directly called her a “burden” on the company because she had been diagnosed with a rare form of uterine cancer. A mother of premature daughters describes a company meeting where the insurance rep complained that someone with twins had cost the company a lot of money.

Such instances of mistreatment might be extreme, but they indicate a much wider problem in our underlying value system, says Anne Weisberg, senior vice president at the Families and Work Institute. When an ethos of overwork collides with the messy realities of child-rearing, we create a culture where it’s plausible “to treat a woman’s medical situation as a personal failure.”

Tech companies including Netflix and Facebook have grabbed headlines for new policies including extended parental leave and complimentary egg freezing. But the larger problem remains that a relentless 24/7 work culture continues to rule most elite companies. And so long as women are biologically destined to bear the physical burden of childrearing—and all its attendant risks—they’re disproportionately vulnerable to being targeted as drags on the bottom line.

“It’s a new work world,” says Ann McGinley, a professor of employment law at the Boyd School of Law of the University of Nevada, Las Vegas. “The lean-and-mean ethos is particularly hard on women. It’s a cowboy ethic: You can’t play in our clubhouse unless you play by our rules. But those rules don’t work with having a family.”

Any data-obsessed CEO might be tempted to slap a price tag on the financial liability represented by a female employee who needs extra time to cope with a stillbirth or to care for a special-needs baby. But the true costs of a system in which such women risk getting pushed out of the workforce are immeasurably greater.

“There’s a huge price to pay for the way we work now. Our whole society is paying a price,” Weisberg says. “The 24/7 work culture is bad for your health, bad for families, and bad for business. We need to redefine what it means to be an ideal worker. Workers need to be able to sustain healthy performance over time.”

Studies show that the benefits of supporting women through life events such as childbirth—in terms of employee retention and engagement, maintaining a diverse and creative workforce, and reducing work/life stress—far outweigh the costs.

Furthermore, as McGinley points out, companies that employ harsh tactics that disproportionately affect women might risk serious lawsuits—as well as long-term growth. “If you seek to discard half your population, you’re losing a lot of expertise. You’re not going to have the innovation you need.”

There are reasons for optimism as we witness the inevitable maturation of the predominantly young and male tech workforce. But the trendy rhetoric of family-friendly policies needs to be followed through with meaningful reform. No progressive workplace can abide the insanity of a system in which female employees are vulnerable to getting discarded the moment they suffer a stroke of reproductive misfortune.

Meanwhile, nearly all of the women who write to me about falling victim to callous mistreatment by their employers in the wake of a medical emergency also tell me that they were unable to speak out to defend themselves. They couldn’t risk losing their jobs. They were afraid of seeming troublesome or expensive to potential employers. They were steeped in the shame that often surrounds medical crises related to pregnancy and childbirth—as well as the stigma of being labeled a financial burden. I can’t blame them.

But until we speak up, we risk perpetuating the myth that those reported instances of cruelty at Amazon are completely anomalous incidents. And we make it all too easy for corporate leaders to pay lip service to workplace reform even as they continue to practice business as usual. 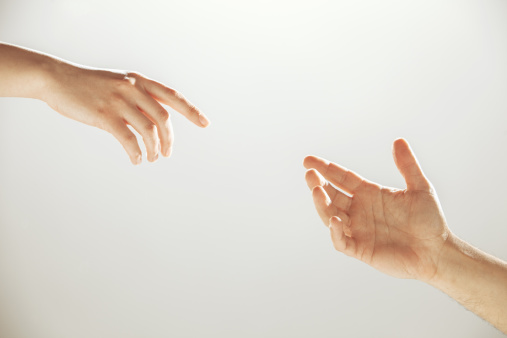