Donald Trump‘s on-air sparring with Univision anchor Jorge Ramos became an instant classic of the 2016 presidential cycle Tuesday, and turned up the level of panic within the GOP over how Trump’s candidacy is affecting the Republican Party’s standing with Latino voters. Ramos, the most popular Spanish-language broadcaster in the country, has grown increasingly critical of the party’s rhetoric on immigration issues, potentially depriving the GOP of support among a constituency it needs to win over. New Jersey Gov. Chris Christie hit former Florida Gov. Jeb Bush for his shifting rhetoric on immigration Tuesday, the latest Republican to sense weakness in the well-funded, one-time-front-runner’s campaign.

Trump, meanwhile, has until the end of September to affirm he won’t run a third party candidacy or see himself left off the ballot in the South Carolina primary, state party chairman Matt Moore announced Tuesday. It’s a move that is also being adopted by several other states, requiring the candidate to certify they’ll back the eventual GOP nominee. But it’s unclear whether the statement has the force of law, or is simply designed as a PR victory for the GOP establishment.

Joe Biden is holding a call with members of the Democratic National Committee ostensibly about foreign policy, but the timing, as he’s weighing a presidential run, betrays another motivation. Biden still has not made up his mind on a long shot bid, which would pit the popular, but gaffe-prone, VP against a massive Clinton organization that has nearly a year’s head start on building a campaign.

Conservative Sting Video Goes Inside Clinton Campaign Training
No wrongdoing, but a warning of more to come [TIME]

Behind the Biden hype
Channeling the grief over his son’s death into an agonizing decision over whether to run in 2016. [Politico]

“I mean, the fact is that you don’t need to be pandering to one way or the other. I’ll tell you the way you don’t do it. You don’t do focus group tested trips to the border, speak Spanish and then criticize Asians.” —New Jersey Gov. Chris Christie criticizes Jeb Bush on Fox News over his comments on immigration.

“I don’t know if adultery is against the law still. In some states, there are old laws against adultery, but I think if we start going after people and locking people up for adultery we’re headed for a bizarre world.” —Sen. Rand Paul on the Ashley Madison hack to the Washington Post.

Trump has until Sept. 30 in SC to rule out third-party run [Associated Press]

Joe Biden, Elizabeth Warren have a frosty past [Boston Globe]

Jeb Bush set to release ‘Reply All,” an e-book based on emails from time as governor [Tampa Bay Times]

The senator who is ‘ready for the Hunger Games’ [CNN] 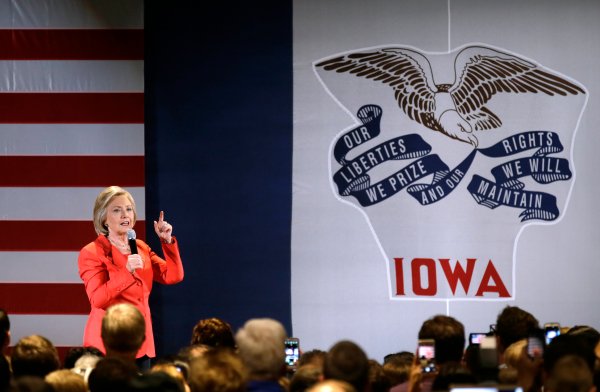