A Philadelphia-area man who allegedly scaled the White House fence in March was shot and killed on Tuesday after attacking a sheriff’s deputy in a courthouse, authorities said.

Investigators said Curtis Smith, 34, of Coatesville, Pa., stormed the Chester County Justice Center around 11 a.m., setting off metal detectors and triggering a lockdown, the Philadelphia Inquirer reports. “[He] came directly into the justice center and pulled out a knife and attacked a deputy sheriff, slashing him,” District Attorney Tom Hogan said on Tuesday afternoon.

Another deputy responded by opening fire on Smith, striking him, Hogan said. Smith was taken to Paoli Hospital, where doctors pronounced him dead. The injured sheriff’s deputy, whose identity was not released, was treated for wounds to his arm and hand and is listed in stable condition. No one else was harmed.

Hogan revealed Smith’s connection to the March 1 White House incident, in which Smith allegedly climbed over a stone wall at the South East vehicle entrance, according to court documents. Although Smith was arrested by the Secret Service and charged with unlawful entry, he had reached a settlement in late April allowing him to defer prosecution until a status hearing scheduled for October.

Smith had been a truck driver for propane company AmeriGas for about two months, according to a company spokesperson.

Correction: The original version of the story misstated the length of time Smith worked as a truck driver at AmeriGas. He worked there for two months. 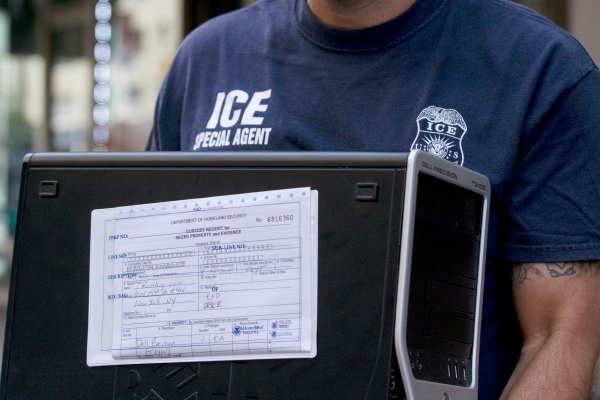