The trailer starts off with the typical idyllic family: a quaint brick house, yard, and a four person family sitting down to a cozy breakfast. But a voiceover asks, “Is there something missing in your life?”

Next thing we know, said family packs into a van and heads to Dismaland, described by the voiceover as “the happiest place on Earth”—a riff on Disneyland’s famous catch phrase.

The rest of the family’s trip is a comic failure, as they meander through a seemingly empty park crammed with Banksy’s signature spin on art. None of the park employees seem particularly happy, and that’s the joy of it: For a place “where all your dreams come true,” Banksy has combined sharp political commentary on everything from feminism to Europe’s migrant crisis.

Dismaland will run for the next five weeks. 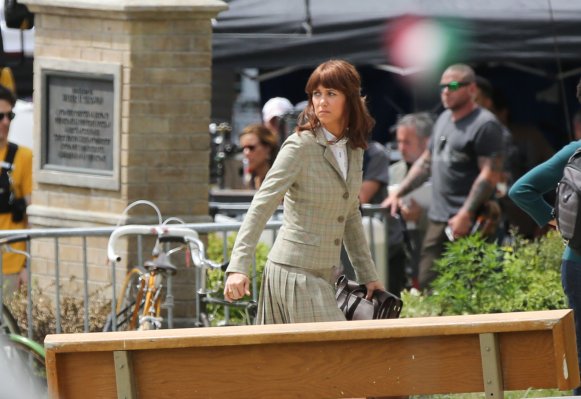 Melissa McCarthy Poses With the Many Women of the New Ghostbusters Movie
Next Up: Editor's Pick