While not busy tattooing each other and taking care of pet rats, the Suicide Squad stars try to lead relatively normal lives, as evidenced by a recent CTV News video.

Margot Robbie and Jai Courtney, who were in Toronto for filming on the upcoming DC Comics adaptation, took time to visit 5-year-old Na’ama Uzan’s lemonade stand, which she started in 2014 to help support her brother Nadav. Nadav has been diagnosed with Angelman Syndrome, which, among other medical issues, causes him to have difficulty walking, speaking, and endure seizures.

According to CTV News, Na’ama has raised over $64,000 for the Foundation for Angelman Syndrome Therapeutics.

Robbie and Courtney did not show up in costume or character, thankfully saving Na’ama from having to question why Robbie would be carrying a baseball bat or wearing a choker that says “PUDDIN” or why Courtney would need such an oversized coat.

Watch the video to see the stars prove you don’t need to be a villainous antihero with your life under mortal threat to do something good for the community. 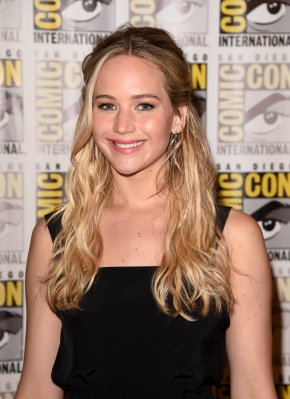 Quentin Tarantino Says Jennifer Lawrence Could Have Been Hateful Eight Heroine
Next Up: Editor's Pick