Jaitley said Modi planned to continue his reform agenda and increase public spending, saying in a meeting between top officials that the problem was “external and not internal,” the Press Trust of India reported.

Jaitley’s statement earlier in the day that the crash was only “transient and temporary” appeared to hold true early Tuesday, with a gain of 1.48% bringing the Sensex to 26,124.83 in opening trade. The rupee was marginally bolstered as well, improving to 66.39 against the dollar. However, another slump in China’s Shanghai Composite all but erased those gains by midday local time.

Except for China, where the Shanghai Composite Index saw a massive drop of 8.5% on Monday followed by a 7.6% decline by close Tuesday, most other Asian markets began to bounce back from heavy losses.

“Although we are affected being a global economy, all our parameters are strong,” Jaitley said to reporters Monday evening, adding that currency volatility remains the only area of concern. “Our growth will be maintained.”

“You see the 2008 [global financial crisis] to cite as an example; our markets declined two-thirds for a crisis which was happening in the U.S., where even their markets had not gone down so much,” Sabnis says. “I see the same pattern today also, this is a bit of an overreaction which is happening. I don’t think this is going to be a long-term effect for us.”

The decline of the rupee, he says, is a “real factor” even though it was a long-anticipated occurrence.

“People had been talking about it for quite some time, the only thing is that it has happened a little faster than was anticipated,” he says. “The extent to which it has fallen — I think that’s an overreaction.” 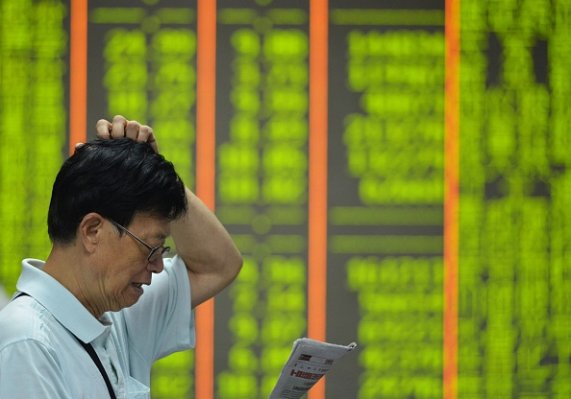 China Struggles to Stay Rosy as Confidence and Markets Plummet
Next Up: Editor's Pick