5 Signs You're Standing In Your Own Way to Success

While a lot of the entrepreneurs I’ve met and mentored in the past decade have been successful, I’ve probably met as many, if not more, unsuccessful entrepreneurs. Each of them seemed to make a lot of the same mistakes — ones that could be easily remedied, but when left unaddressed, could mean the difference between success and failure.

Here are five signs you’re getting in your own way to success and how to move over and let yourself be the best you can be:

1. You’re unable to complete a task before starting a new one.

Some entrepreneurs just cannot finish. For whatever reason, it doesn’t matter how much time they have or how many resources are available to them — they can’t focus and get something done. Maybe it’s the fear that their final product could be better, or they’re worried it isn’t perfect and they won’t be able to make changes later.

But Seth Godin got it right in his book Linchpin: Are You Indispensable? when he wrote: “The only purpose of starting is to finish, and while the projects we do are never really finished, they must ship.” If you miss deadlines and are always late, in the end, you’ll have little to show for yourself.

I always say, if it’s 80 percent there, it’s good enough. Because: you must ship.

Unsuccessful entrepreneurs want to do everything themselves. They don’t believe anyone else can get a job done as well as they can. But even if they were actually right about this — which is doubtful since no one is good at everything — it’s an unsustainable business philosophy.

If you want to grow your business and become a leader, you’re going to have to learn to trust others. Everyone needs a support team — even the most competent people.

I’ve noticed that it’s difficult for some entrepreneurs to admit when they’ve made a mistake. But if you fail to acknowledge a mistake, you miss out on a learning opportunity. Mistakes are stepping stones to success.

Ask for advice and admit when you’re wrong, so you can quickly move forward and do better.

4. You ask questions, but don’t really pay attention to the answers.

You know the type of person I’m talking about. They ask for your opinion, but they’re only really interested in what you have to say if it’s exactly what they already believe. That baffles me. These kinds of entrepreneurs surround themselves with people who will only ever agree with them. That’s bad for business. You’ll make better decisions if you abandon your stubbornness, truly weigh different points of view and try to understand other perspectives.

5. You always find reasons not to move forward.

The timing isn’t right. The economy isn’t doing well. You don’t have enough capital. Whatever the excuse, you always have one. But guess what? There will always be reasons to not move forward! You just have to decide to press on. Create options for yourself, be flexible and have courage. That’s really what it is: having the courage to take on risk.

As entrepreneurs, we all make mistakes. That’s part of the fun of being willing to take risks. But over the years I’ve learned that the more humble and receptive you are, the more likely you’ll succeed. 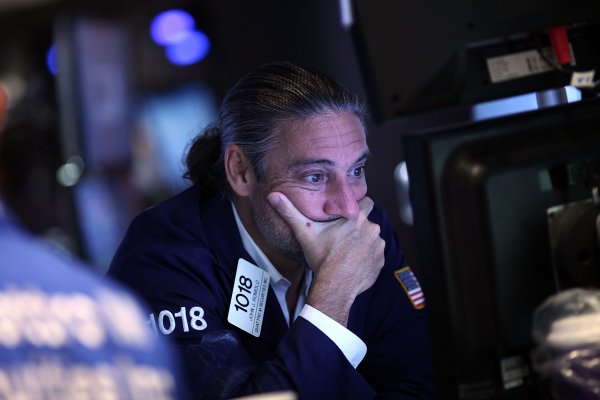 The Stock Market Could Be Much Calmer Today
Next Up: Editor's Pick