How the American Oil Industry Got Its Start

This is the well near Titusville, Penn., that pumped the petroleum industry into existence 100 years ago. The picture was taken four years after Col. Edwin L. Drake struck oil on Aug. 27, 1859.
AP
By Jennifer Latson

America’s first successful wildcatter had a lot in common with fiction’s most famous whaler. Edwin Drake was as obsessively single-minded in his hunt for oil as Ahab had been in his quest for the white whale: He was called Crazy Drake, per PBS, after pouring the modern equivalent of more than $40,000 in investors’ money — and his own endless labor — into a search that spanned more than a year without results.

But on this day, Aug. 27, in 1859, Drake’s monomania paid off. He struck oil after drilling 69 ft. into the ground in Titusville, Pa., launching the petroleum age and making Titusville ground zero for the Pennsylvania oil rush.

Unlike Ahab (spoiler alert), Drake wasn’t destroyed by his discovery — at least not instantly. But although he was the first to engineer a successful oil-drilling system, lining his well with pipe to keep it from caving in, he never patented the method, and the money he’d made when he struck oil soon dried up.

A century later, TIME referred to him as “a sickly, bearded failure of a man in a stovepipe hat” in a story that nonetheless acknowledged that “[t]hough Discoverer Drake wound up virtually penniless and forgotten, his find opened the scramble for oil across the land,” inspiring a legion of oil prospectors to chase what had become, by 1959, “the greatest single source of wealth in America.”

His discovery also helped bring the whaling chapter of American history to a close. At the time, of course, petroleum didn’t power cars; it was used primarily to make kerosene for lamps. And it proved far cheaper than the prevailing source of lamp fuel: whale oil.

At its peak, around the time Melville published Moby Dick in 1851, whaling was the fifth-largest industry in the U.S., netting the equivalent of roughly $10 million, according to The Atlantic. But by the time Drake drilled for oil, over-hunting in the waters around North America had decimated local whale populations, forcing whalers to venture farther and stay at sea longer to catch their prey — and making the hunt both more costly and more dangerous, some historians say.

The parallels between the declining availability of whale oil at that time and the modern-day perils of the petroleum industry have not gone unobserved. As the New York Times has noted, whale oil once seemed to be an “impregnable” industry that the world could never do without. But petroleum, and the kerosene it produced, proved a fiercer rival to whalers than boat-bashing sea creatures.

Read more about Edwin Drake, here in the TIME archives: The Greatest Gamblers 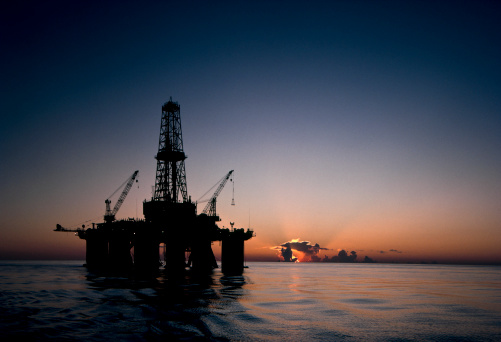 How Low Oil Prices Have Affected Energy World So Far in 2015
Next Up: Editor's Pick