Apple Is Leading the Dow's Comeback

Shares of Apple recovered in Monday afternoon trading after slumping badly along with the broader market as investors fretted about a weak economy in China.

The stock, which was at one point the worst performer of the Dow Jones Industrial Average, is now the best performer. It is up around 2%, even as the broader index is down more than 180 points. Two other tech firms – Microsoft and Intel – were the only other stocks trading in positive territory among the 30 shares that make up the DJIA.

Apple has depended on China for growth in recent years, so it made sense the shares would be hit by concerns that a weak economy there could result in fewer gadget sales. But the upward move could be because some investors sensed a buying opportunity. Apple’s shares are trading at around $108 apiece currently, the lowest level since January. The stock has lost around 20% of its value in the past month.

The recovery could also be attributed to a rare move by CEO Tim Cook to reassure investors. Cook sent an e-mail to CNBC’s Jim Cramer, telling the host that Apple’s growth remained “strong” through July and August with growth of iPhone activations accelerating in recent weeks. 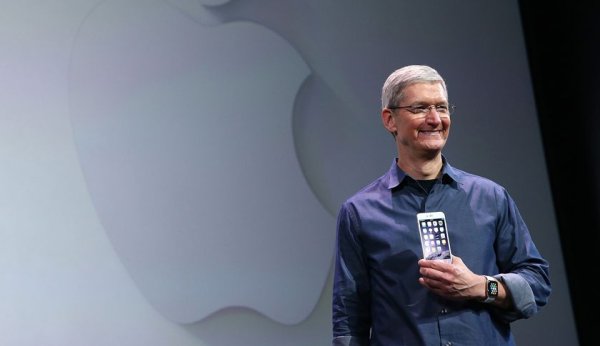