Taylor Swift is set to debut her newest music video right before the MTV Video Music Awards. The pop star made the announcement Sunday night on Twitter, which came accompanied by a brief but, uh, very intense preview of what’s in store.

As you can see, this 15-second clip features a piercing blue eye (probably Swift’s?), a galloping horse, packs of wild zebras running freely through the plain, a bird, a sunset and some sensual canoodling in a rain storm.

This new video for “Wildest Dreams” will be the fifth video from Swift’s album 1989. She’s already released videos for “Shake It Off,” “Blank Space,” “Style” and “Bad Blood.” 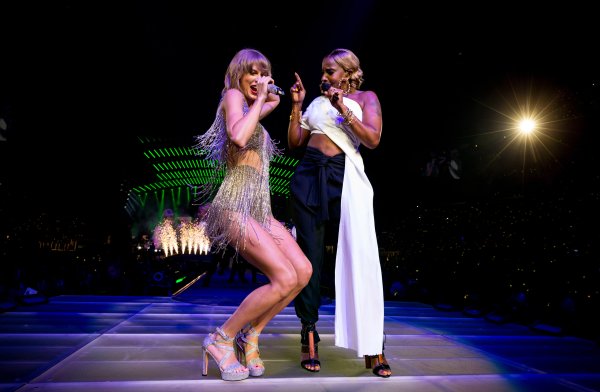