Emerging market currencies are getting slammed by the collapse in commodity prices, a downturn that has accelerated in recent weeks.

The health of many middle-income and emerging market economies has been predicated on relatively strong commodity prices. A whole category of countries achieved strong growth by exporting their natural resources. For example, Brazil’s impressive economic expansion since the early 2000s, and the huge number of people that were able to jump into the middle class, was made possible by exporting oil, soy, iron ore, beef, and a variety of other resources. High prices for these goods led to more growth, a strengthening of the currency, and a real estate boom in cities like Rio de Janeiro.

The same story unfolded in many other commodity-driven economies, from Latin America, to Africa, to Central and Southeast Asia.

However, with commodity prices down dramatically from a year ago, growth in these countries has slowed, and their currencies are sharply weaker than they have been in the past.

In fact, the fall of Brent crude below $50 per barrel has sparked a sudden downturn in emerging market currencies across the globe.

But it isn’t just oil prices slamming currencies. The worries over the Chinese economy, including the plunge in its main stock market this summer, have raised concerns about the vigor of emerging market economies. Worse yet, China’s surprise devaluation has sent shock waves through currency markets around the world.

Other countries now feel pressure to let their currencies depreciate, and if they have adhered to a currency peg up until now, some are being pushed to float. Kazakhstan decided to scrap its currency peg last week, and the tenge promptly lost 23 percent of its value against the dollar. Vietnam also devalued the dong.

The devaluations tend to have a cascading effect, with other emerging markets coming under increasing pressure from their competitors.

Nigeria’s naira is under fire following Kazakhstan’s move, and Nigeria’s central bank vowed to fight off speculative attacks on its currency. “We haven’t seen any reason so far to institute a change in the foreign-exchange policies,” a spokesman for the Central Bank of Nigeria, told Bloomberg in an interview. “The preponderance of foreign currency in the country has led to speculative attacks on the naira. People who have done it in the hope we’ll devalue will be hurt.”

Russia’s ruble fared worse following the move by Kazakhstan to float its currency. It is now at its lowest level in six months, and could soon blow through the record low seen earlier this year when Russia suffered a brief currency crisis. Unfortunately for Moscow, the run on the currency comes on top of brewing fiscal problems, as the budget deficit has ballooned to its largest level since 2010, following the financial crisis.

However, Kazakhstan’s decision to float the tenge made sense given China’s devaluation and Russia’s own action to allow the ruble to lose value over the last year. Kazakhstan was seeking competitiveness for its economy. But one devaluation begets another.

The list of currency problems stretches long. South Africa’s rand is at its weakestin over a decade. Turkey’s lira has lost 19 percent so far in 2015. Mexico peso haslost about a quarter of its value since August 2014. The more emerging market currencies lose value, the more concern there is about their health.

That would make the currency problems in emerging markets worse, both from the comparative devaluation against the dollar and from a potential further weakening in commodity prices. The global concerns could convince Janet Yellen to wait. 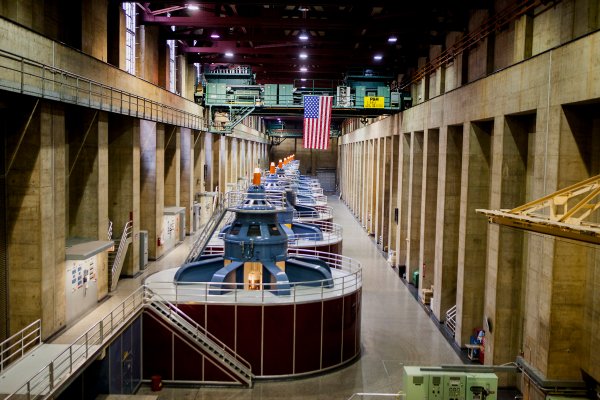 How Scientists Plan To Grow Hydropower In The U.S.
Next Up: Editor's Pick