The list of celebrities who have been welcomed to the stage by Taylor Swift got a little bit longer on Saturday night.

As part of her “1989” tour’s second Los Angeles performance, the 25-year-old pop star performed a duet with R&B singer Mary J. Blige, where the two sang Blige’s 2001 hit, “Family Affair.” Blige is just the latest singer to make an appearance on Swift’s stage, as the “Bad Blood” singer continues to surprise audiences with celebrity guest after celebrity guest.

It wasn’t just Blige who made an appearance on Saturday. Swift also brought male model Sean O’Pry, Friends actor Matt LeBlanc, comedian Chris Rock and Orange Is the New Black actress Uzo Aduba up on stage with her.
https://twitter.com/taylorswift13?ref_src=twsrc^tfw 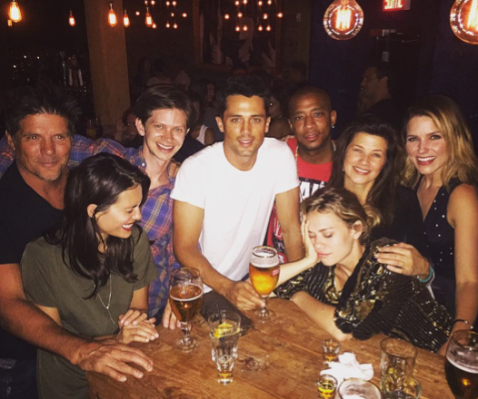 The Cast of One Tree Hill Just Had a Major Reunion
Next Up: Editor's Pick