People ride their motorcycles past a digital billboard showing a sketch of the main suspect in the Aug. 17 attack on Erawan shrine in Bangkok on Aug. 23, 2015
Chaiwat Subprasom—Reuters
By Nash Jenkins

Authorities presiding over the investigation into last week’s Bangkok bombing have publicly acknowledged for the first time that their pursuit may be a near futile one, conceding that the only plausible suspect — a supposedly foreign young man in a yellow T-shirt captured on CCTV footage placing a backpack at the blast site — “may have already fled” the country.

Officials have so far not pretended to understand the motive or forces behind the attack, which killed 20 tourists and locals at the popular Erawan Shrine in Bangkok’s bustling Ratchaprasong district, or that of the botched bombing of the city’s Sathorn Pier the following day.

“I have to say we need some luck,” Somyot Poompanmoung, commissioner general of the Royal Thai Police, said. “If the police have good fortune, we might be able to make an arrest, but … if the perpetrator has good fortune, maybe they can get away.”

Somyot said that police and military forces had started a citywide sweep of “more than 10,000 places in the Thai capital” in the belief that “some of those involved are still in Thailand.”

He also called for foreign assistance in the ongoing investigation, and said that the dearth of reliable information so far was due to a lack of “modern equipment that supports the work” (specifically, according to the Associated Press, malfunctioning CCTV cameras in central Bangkok).

“There are two dimensions to this situation. One is the authorities’ utter lack of message discipline,” Michael Montesano, a co-coordinator of the Thailand Studies Program at Singapore’s Institute of Southeast Asian Studies, wrote in an email to TIME on Monday. “Too many men in uniform are talking too often, typically with nothing to say.

“The second is that, yes, if the bombers really were foreigners and if they made a point of getting out of Thailand fast then there really is the chance that this investigation will lead to no results for a long, long time.”

Meanwhile, Bangkok’s zealous desire to persuade tourists — who sustain around 10% of Thailand’s economy — that normality is returning has aroused some disquiet.

A day after the attack, commercial and tourist activity had resumed tentatively in Ratchaprasong, described by some as Bangkok’s answer to New York City’s Times Square. But within hours of the Erawan Shrine’s reopening to the public last Wednesday, witnesses said that human remains were falling from tree branches overhead. Others ventured that the haste with which authorities cleaned the crime scene may have accidentally compromised valuable evidence in the investigation.

Thai immigration officials have not released information on how the attack has impacted holiday arrivals, though some travelers said they chose to aim on the side of caution.

“We were in Koh Lanta heading for Bangkok, but we rerouted our trip through Tokyo,” Casey Quackenbush, an American tourist, tells TIME. “The first bombing happened on the 17th, and we wanted to wait it out to see what would happen — but by the 21st, not only was there a second one, there was so little progress in the investigation it just wasn’t worth it.” 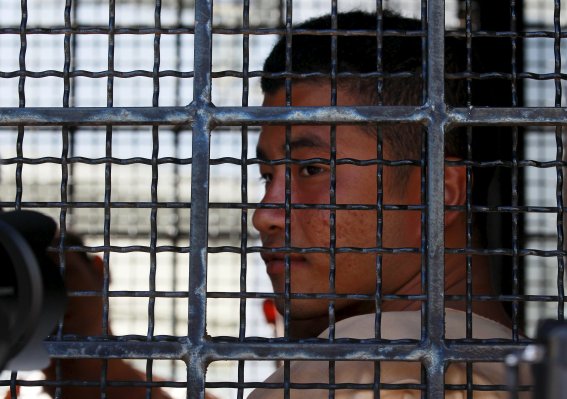 Koh Tao Suspects Given Unqualified Interpreters
Next Up: Editor's Pick