New Panda May Be Born Soon at National Zoo

Mei Xiang, a giant panda, is in labor, the Washington Post reports, and zoo officials say she could give birth in 24 hours if all goes well.

The female panda was loaned to the zoo after being born in Sichuan, China. She’s had two cubs already, born in 2005 and 2013, and has also given birth to both a stillborn cub and a panda that died several days after being born.

Her experience highlights the fragility of panda newborns, and zoo officials are keeping close watch on the expectant mother using the zoo’s “pandacam.”

Mei Xiang was artificially inseminated twice in April with semen from the Zoo’s male panda, Tian Tian, and a male panda from a research center in Wolong, China, who was found to be a good genetic match for the expectant mother. 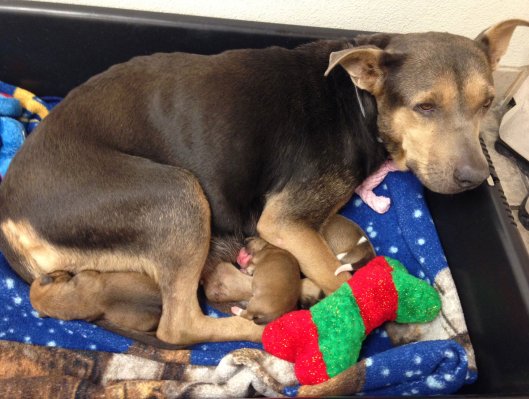 Police Searching for Drugs Find Trapped Puppy Instead
Next Up: Editor's Pick