Rick Warren: Churches Must Do More to Address Mental Illness

According to the National Alliance on Mental Illness (NAMI), 60 million Americans experience a mental health condition every year – that’s one in four adults and one in ten children. People of every race, age, religion or economic status are affected. Whether we are aware of it or not, we all know someone who is living with some form of mental illness.

Mental illness is something we are intimately acquainted with as our youngest son, Matthew, struggled with a variety of mental illnesses from a young age. Even as a toddler there were signs that things were not right. At 7, he was diagnosed as clinically depressed which surprised us as we were unaware that children that young could be that depressed. As the years went by, he began to experience major depressive episodes as well as panic attacks, extreme mood swings, obsessions/compulsions, personality disorder, and heartbreaking problems in school and relationships. Life became a painful revolving door of doctor appointments, medication, therapy, and adjustments to school classes. There were periods of relative stability but then Matthew’s suicidal ideation became a part of our daily life. Our hilariously funny, immensely creative, intensely compassionate son struggled to make sense of his life and the mental pain he was experiencing. His anguish was our anguish. On April 5, 2013, impulse met opportunity in a tragic way. Our beautiful son ran into the unforgiving wall of mental illness for the last time.

Nearly a year later, we are still reeling from his death. We’ve been devastated, yet not destroyed. Mental illness took our son’s life, as it did many of the 38,000 other Americans who took their lives last year, but we refuse to let his death be just another statistic. One way we can honor his life and use our grief is to help others living with a mental illness and also their families who suffer. On March 28, we are hosting a one-day event, The Gathering on Mental Health and the Church.

There are hundreds of conferences around the world by health professionals, government officials and NGO’s which address mental illness from medical, social, and policy perspectives, but the Church, with its vast network of volunteers and resources is rarely included in the discussion. What do churches have to offer to the mentally ill and their families in light of the multi-layered, complex set of issues that surround mental illness? The answer is – a lot! There are biblical, historical, and practical reasons that churches must be at the table with this issue.

First, from the Gospels, we know that Jesus cared for and ministered to mentally ill people during his ministry on earth. As Christ followers, we are compelled to continue His work today. In Christ’s name, the Church extends compassion, acceptance, and unconditional love to all who suffer from the pain of mental illness, and as his Body, we offer hope and the healing power of God’s grace.

Second, the church has been caring for the sick, both physically and mentally for 2,000 years longer than any government or agency. Most people are unaware that it was the Church that invented the idea of hospitals. For centuries the Church has been a refuge for the outcast, those on the margins, and anyone enduring societal stigma and shame.

Finally, studies have shown that when families or individuals experience the chaos caused by mental illness, the first place they typically call in a crisis is not a doctor, a law office, the school, or the police, but rather they call or go see their priest or pastor. Anyone who’s served as a receptionist for a church knows that they often are required to do triage in mental illness cases. Why is that? Because people instinctively know that churches are called by God to be places of refuge, comfort, guidance, and practical help for those who suffer.

It’s time to stand with those who are suffering.

Pastor Rick and Kay Warren lead Saddleback Church. They will co-host www.mentalhealthandthechurch.com [a one-day event streamed live online] on March 28 to encourage individuals with mental illness and to equip family members and church leaders to care for them. 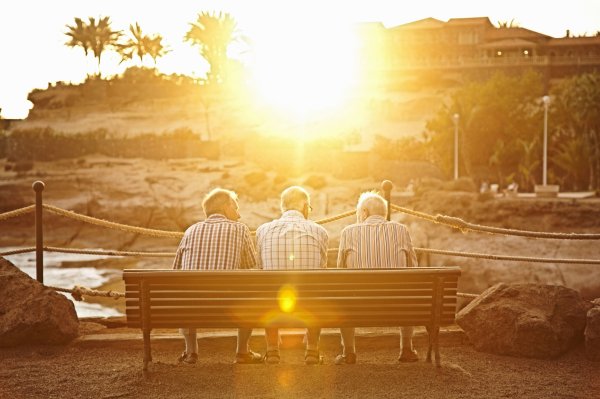