Even in a high-tech world, security of food and water is crucial.

How Google Could Rig the 2016 Elections – Politico EU

A less flashy, more interesting idea for remaking The Manchurian Candidate for a 21st century audience.

It’s an interesting comparison. People are naturally attracted to leaders who project extraordinary self-confidence and who don’t back down the way ordinary politicians would. It remains to be seen, however, whether the Trump phenomenon can continue when a broader segment of U.S. voters begins to really pay attention.

Islam is punk rock? For how long? “Girl power” and jihadi culture won’t mix well over time. Yet another reminder that it will be easier to recruit people than to keep them. 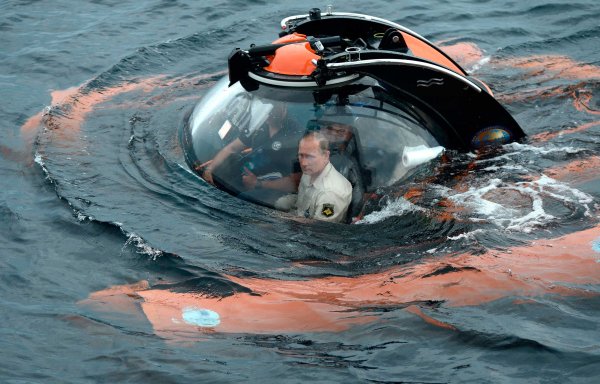 See Vladimir Putin Ride a Minisub in the Black Sea
Next Up: Editor's Pick