Bill Burr is known for his speaking his mind and he did just that on Conan Thursday night — and his comments are angering a lot of people.

The comedian used his time on Conan to comment on Caitlyn Jenner’s transition. In the segment, Burr joked about the size of Jenner’s breasts. He also said that he missed Bruce Jenner already and wished he had been given “a chance to say goodbye” to the Bruce Jenner he watched on the Olympics and CHiPs and “that horrible show his wife watches.” Burr also used the pronoun “him” to address Jenner and then waxed on about people’s sensitivity to pronoun usage.

Burr claimed he wasn’t “being a jerk,” but some people on the internet seem to disagree.

So far O’Brien’s team has stayed silent, although it does look like they deleted a tweet saying “Bill supports Caitlyn’s transition into a woman, but wishes he got a chance to say goodbye to Bruce” and swapped it for this:

Read next: Sheriffs to Recommend Manslaughter Charges Against Caitlyn Jenner 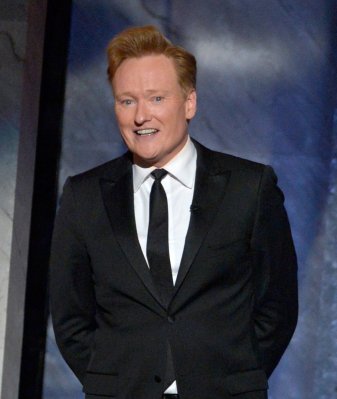 This Is Why Guys Should Never Let Conan Throw Them a Bachelor Party
Next Up: Editor's Pick