There’s been a lot of discussion about Harry Potter theories recently. But the ultimate authority — Potter scribe J.K. Rowling — threw her weight behind a specific hypothesis on Friday when a fan asked about her favorite one.

The theory stems from the wizarding fairy tale The Tale of the Three Brothers, which follows the Peverell Brothers as they receive rewards for cheating Death: the unbeatable Elder Wand; the Resurrection Stone that brings people back from the dead; and the Invisibility Cloak, which conceals its user. These three items are often referred to as The Deathly Hallows, hence the name of the final book.

Voldemort is the oldest brother, murdered in his bed by someone who sought the Elder Wand. Snape is seen as the middle brother, who was driven to suicide after resurrecting the girl “he had once hoped to marry, before her untimely Death.” Harry would be the youngest brother, who escapes Death with the cloak before greeting “Death as an old friend” and going with him gladly. The Tumblr user, though, posits that Dumbledore is Death. “He greeted Harry at King’s Cross and was the one behind Snape and Voldemort’s death….He’s the one who gave Harry the invisibility cloak too…And he had the stone and the wand too.”

It’s not surprising that Rowling calls this a ‘beautiful’ theory, though. The entire series focuses on death as ‘the next great adventure.’

When Harry finally makes it to his parents’ tombstone, it reads: “The last enemy that shall be destroyed is death.” In 2007, Rowling told TIME that the Bible verse, a passage from I Corinthians in which Paul discusses Jesus’ Resurrection, was the theme for the entire series.

Read next: 8 Ridiculous Theories That Will Change How You Read Harry Potter 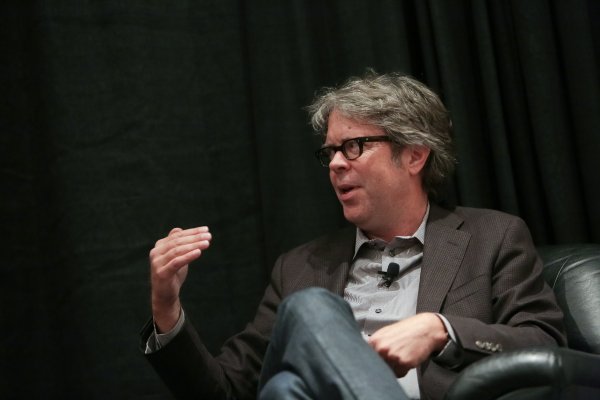