For the first time this year, students attending orientation at Moraine Park Technical College in Wisconsin will receive training on sexual assault.

Unlike freshmen at many four-year colleges, incoming students at Moraine Park, a school of about 15,000 commuters in Fond du Lac, Wis., hadn’t previously been taught about healthy sexual relationships during orientation.

But with increased public attention on college sexual assaults, and as new state federal laws have pushed schools to improve their handling of the problem, administrators at Moraine Park decided they needed to do more to address the issue. In addition to showing a short video about sexual assault to students, the school has also trained six employees on how to investigate sexual assault and harassment complaints.

“It’s a hot topic,” said Scott Lieburn, the dean of students and Title IX coordinator at the college, which offers more than 50 programs including accounting, carpentry and animation design. “I think it’s been part of the culture. Now with the [federal] mandates, it is something we want to really take seriously. We want to add that level of investment.”

It’s not just at Moraine Park. This fall, students across the country will see many changes on campus in response to new state and federal regulations that have recently gone into effect, governing how schools respond to sexual assault. The new laws, paired with high-profile media coverage—from a girl carrying around her mattress at Columbia as a protest to the disintegration of a controversial story about an alleged rape at the University of Virginia in Rolling Stone—have shone a continual light on the problem of sexual assault on campus. Colleges that have not done much to tackle the problem will be doing so for the first time, and colleges that already have programs in place will be working hard to improve their response.

“Given the tumultuousness of last year—from the increase in reporting to the wearing of the mattress—I think what students and faculty will see this year more than last year is the absolute focus on this issue,” says W. Scott Lewis, a higher education risk management consultant who focuses on sexual assault.

The federal Violence Against Women Reauthorization Act, which went into effect this summer, includes new guidelines for the kinds of training that colleges and universities will be required to give students. Under the new law, training must include discussion of what bystanders can do when they see fellow students in a situation that might lead to an assault, like a student at a fraternity party who sees an inebriated girl being taken upstairs. The training must also include a definition of what constitutes consent in the state where the college is located. That definition has recently shifted in some parts of the country: while college students have long been taught that “no means no,” new state laws in California and New York have redefined consent to sexual advances as requiring a “yes.”

At Daemen College, a small private school in Amherst, N.Y., the new “yes means yes” standard will be explained this fall to student leaders—including athletes, orientation organizers and college club presidents—through a mandatory training program. The program, which is new this year, will include bystander intervention training and a humorous video from Blue Seat Studios that compares a sexual encounter to offering someone a cup of tea, highlighting the ridiculousness of forcing someone to drink a cup of tea just because they said earlier that they might want one. “Just because you made it doesn’t mean you are entitled to watch them drink it,” the video says.

This kind of education on healthy sex, which focuses specifically on what consent looks like rather than what a “no” looks like, is the new emphasis of sexual assault prevention education.

“We are teaching consent in a way that has shifted dramatically,” said Lewis, the higher education consultant. “We’ve gotten a more academic focus on what consent is.”

The shift in how students are educated about sexual assault isn’t the only way colleges and universities are stepping up their game. The University of Texas is about to launch a massive, $1.7 million study that will search for in-depth answers on sexual assault across 13 of the system’s campuses, which serve more than 200,000 students.

As part of the research, 600 students on UT-Austin’s campus, mostly freshman, and including victims and non-victims of sexual violence, will be asked to participate in a study that will follow them for four years. Collecting data from students through surveys is one of the ways that the White House has suggested colleges tackle the problem of sexual assault, but it is not required by law.

The idea for this particular study at the University of Texas came from the new chancellor, William McRaven, a retired four-star admiral who commanded the Navy SEAL team that killed Osama bin Laden. He had experienced firsthand the importance of gathering data about the scope of sexual assault within institutions when he commissioned a survey on the experiences of those within his command.

“Frankly, I was surprised by the results,” he said of the survey he did as an admiral, which led to changes in the way sexual assault reporting was handled within his command. When he took the job as chancellor of the UT system, he thought the same approach of collecting data to address the problem could work equally well in higher education.

“I began to see the media and the growing concern nationwide and the high-profile events, and I came back to my staff and I asked ‘What are we doing?’ [$1.7] million is a lot of money, but my hope and my expectation is that we’ll have a better understanding of the problem and take direct actions to improve the conditions,” he said. “The last thing you want to do is to be responding, when you could have gotten ahead of the problem.”

Correction: The original version of this story misstated William McRaven’s former position. He was an admiral. 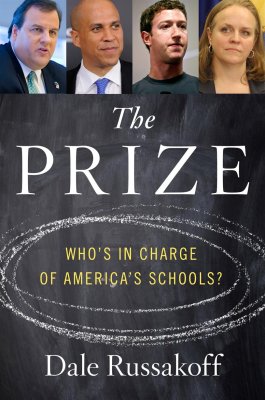 It Takes Much More Than Money to Fix Broken Schools
Next Up: Editor's Pick