Wolves Have Officially Returned to California

A wolf pack is shown captured near Mt. Shasta in Siskiyou County, Calif. on Aug. 9, 2015.
California Department of Fish and Wildlife/Reuters
By Maya Rhodan

Wolves are back in the Golden State.

Seven gray wolves have been spotted in California, the California Department of Fishing and Wildlife announced on its official site. The state that hasn’t had a confirmed wolf inhabitant since 2011 and that animal, known as OR7, has been missing from California for more than a year. Before OR7, no known wolf had called the state home since 1924.

The department reports the new group of wolves, dubbed the Shasta Pack, consists of five wolf pups and two adults. The pack was photographed in Northern California.

“This news is exciting for California,” said Charlton H. Bonham, CDFW Director, in a press release. “We knew wolves would eventually return home to the state and it appears now is the time.”

Gray wolves are listed as endangered in California under the Federal Endangered Species Act, making attempts harm, kill, harass or hunt them illegal in the state. 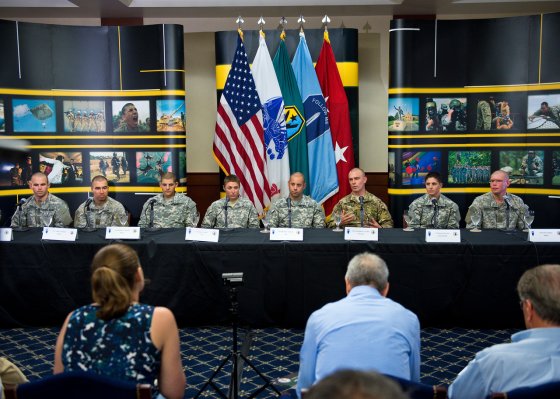