Law Enforcement Should Learn To Recognize the Signs of Mental Illness

The untimely death of Sandra Bland in a rural Texas jail last month has led to many unanswered questions.

Texas prison authorities say Bland hanged herself with a plastic garbage bag in her cell, a claim her family has questioned. Many suspect that Bland was murdered by corrupt law enforcement officials or correctional officers.

Lost in the emotion of yet another tragic death of a young African American in police custody is the real possibility that untreated mental illness led to Sandra Bland’s death.

Regardless of what happened in that Texas jail, Centers for Disease Control data tell us that rates of suicide have seen a steady increase each year since 2000. Suicide is now the 10th leading cause of death among all Americans.

And, while African Americans have lower suicide rates relative to whites, the rate of suicide among African-American males and females has also been climbing each year since 2009.

As a mental health services researcher, I’ve spent years examining factors that prevent vulnerable youth from getting mental health services. My work as a psychotherapist has involved treating folks suffering from depression – folks like Sandra Bland who told police she had tried to commit suicide last year.

The importance of the social network

Sociologist Bernice Pescosolido suggests that mentally ill individuals don’t decide about getting treatment in a vacuum. Those closest to the individual are critical to facilitating entree into care, providing care or doing nothing.

Through my work, I have seen how serious mental illness such as chronic depression or bipolarity can wreak havoc on not just the ill individual, but also on their families and friends. In a sick individual’s social networks, accusations fly. Loved ones duck for cover or they hold back for fear of offending. At this unstable and vulnerable juncture, finding a way to treatment is difficult and staying in treatment is even tougher.

Depression is one of the most debilitating health issues anyone can experience. It is a leading cause of engagement in suicidal behaviors – a precursor, of sorts, to suicide.

At the same time, depression is one of the most successfully treated mental illnesses. Both talk therapies and psychotropic medications are replete with evidence of their successes in the treatment of depression.

The problem is that not enough people with depression actually receive treatment. The numbers vary widely by age and race. Approximately one third of youth with depression receive treatment. That number increases slightly – to about one half – for 20-somethings like Sandra Bland. The lack of care is even more disproportionate in ethnic minority communities relative to white communities. African Americans, Latino Americans and Asian Americans all have lower treatment rates.

My own research indicates these groups are also likely to have greater connections to their families and friends, who pray with them about their condition or offer advice. This might help explain their overall lower rates of suicide relative to whites.

While it is critical for social network members to both see and do something to help their loved ones get connected to treatment, it is equally critical for law enforcement to be trained on how to successfully address interactions with the mentally ill.

Imagine for a moment what would have happened if Sandra Bland had been pulled over by a police officer who was trained to recognize if she was suffering from a mental illness that required immediate attention. Imagine a police officer having the skills to engage Bland – or many others much like her – in a process of recovery.

That novel notion is being carried out by Dr Michael Compton and others who implement the Crisis Intervention Training, a program that trains law enforcement officials on the signs and symptoms of mental illness and how to address these matters in a health-oriented rather than enforcement manner. This program has helped police redirect countless individuals into mental health treatment instead of jails. Indeed, successful CIT programs have emerged all over the country, including in Memphis and Chicago.

The circumstances surrounding Sandra Bland’s death remain unclear. But many who are struggling with a mental illness surround us. Paying attention to the signs and having true engagement with the presenting behaviors can save lives. 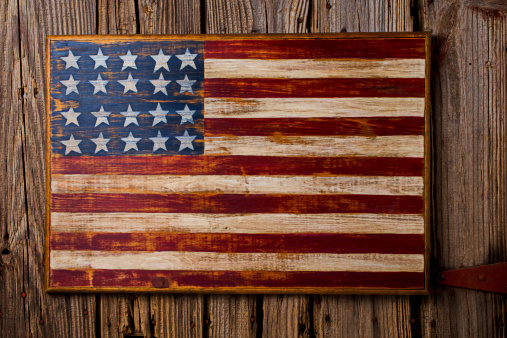