Donald Trump says Ronda Rousey likes him. But it seems the 2016 Republican candidate may have misread the UFC Women’s Bantamweight Champion’s feelings.

In a recent interview with CNN, Trump said Rousey is a great example of women being good fighters, and said, “Some of them are really, really good. I’ll tell you what, I know some woman that are just — Ronda Rousey is an example, who likes me. … I’d take her on my side as a fighter.”

But in an earlier interview with the network, Rousey seemed to have the opposite feelings towards Trump: “I mean, I wouldn’t vote for him,” she said. “I just really wouldn’t trust the guy with running my country, that’s all. … I’m not really going to get into specifics of it, but, I mean, I don’t want a reality TV star to be running my country.”

Trump is currently leading most national polls of Republican candidates.

Read Next: TIME’s cover story on Trump – The Donald Has Landed 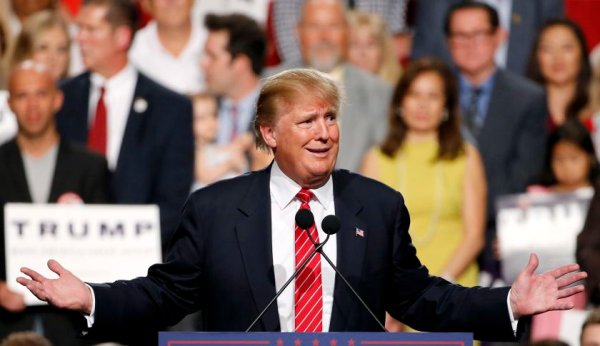