The series, which will be called The Crown, will be the most expensive show made by Netflix and the first to be filmed in the U.K. It will follow her life story in 60 episodes over 6 seasons from her wedding day in 1947 until today.

Claire Foy, known for playing Anne Boleyn in Wolf Hall, will play Queen Elizabeth in the first two seasons. At that point, producers will have to decide whether or not to replace her as her character ages.

After Downton Abbey’s raging success, Netflix is likely hoping that this will be the show to finally win a major Emmy. It’s two most popular shows last year, House of Cards and Orange is the New Black, only won in the technical “Creative Arts” categories.

The Crown has been described as “the inside story of two of the most famous addresses in the world – Buckingham Palace and 10 Downing Street – and the intrigues, love lives and machinations behind the great events that shaped the second half of the 20th century.”

It is due to air starting next year. 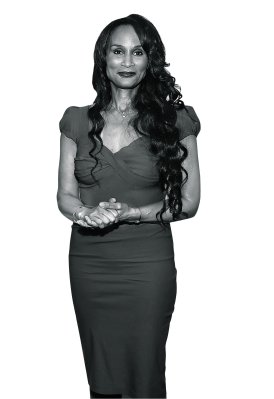 10 Questions With Beverly Johnson
Next Up: Editor's Pick