It Takes Much More Than Money to Fix Broken Schools

In September 2010, Mark Zuckerberg, Chris Christie and Cory Booker announced on The Oprah Winfrey Show that the Facebook CEO was giving $100 million to Newark, N.J., schools to “turn Newark into a symbol of educational excellence for the whole nation.” Their plan was not simply to repair education in Newark but also to develop a model for saving it in all of urban America–and to do it in five years. Oprah’s audience responded with a standing ovation, and the national education-reform movement showered praise on Zuckerberg, Christie and Booker.

Five years later, most of Zuckerberg’s $100 million has been spent, and Newark is no one’s model for educational excellence. In fact, student achievement in the troubled district has gone down, not up, on the state’s standardized test.

If this lavishly funded and trumpeted effort fell short of its mark, it has offered lessons for future chapters of education reform. Perhaps the most powerful is that real, sustainable reform can’t succeed by operating from the top down. (Oprah’s audience learned of the revolution coming to Newark schools before almost anyone in Newark did.) Not only did this approach prompt a furious political backlash, it also failed to address the real needs of students struggling daily with poverty and violence, which parents and teachers would have made central to any reform plan if they had been at the table.

Reformers are right to insist upon more consistently excellent teachers and leaders. But these educators need much more support–socially, politically and financially–to reach children living and learning amid concentrated poverty. Perhaps the next wave of education philanthropy will focus on how to support urban schools from the bottom up—as well as the top down.

Russakoff is the author of The Prize: Who’s in Charge of America’s Schools? 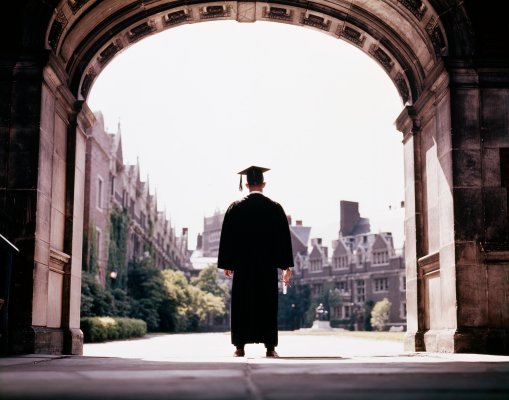 This Map Shows the Most Expensive College in Every State
Next Up: Editor's Pick